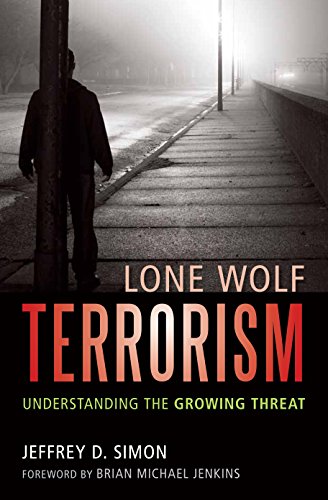 “. . . lone wolf terrorism may be one of the biggest security concerns in the United States.”

Conceived by a white supremacist and popularized by the Internet, lone wolf terrorism may be one of the biggest security concerns in the United States.

Lone wolves are just that: alone. They self-radicalize, self-train, and then carry out their horrific visions for violence. While they may be inspired by a terrorist organization and even have some tenuous ties to them they are still loners. And it is the lone that makes them dangerous.

Groups of people, whether four or four thousand, can be statistically quantified, and informed guesses can be made as to what the average person will do. Trends and patterns can be identified and policies adjusted accordingly. But a single unidentified person cannot be put into an algorithm, cannot be quantified or hypothesized about. They embody randomness—and that is part of what makes them so dangerous.

According to Mr. Simon’s research lone wolves are terrorism’s great innovators. By their need to remain alone they have to invent new forms of attack. This makes them able to create black swan events that no one could have seen coming.

Most interesting is the author’s chapter on female lone wolves. He asks “Where are the women?” and answers with case studies both familiar and unfamiliar to readers. Most lone wolves, indeed most terrorists, are men, but when women enter into it they do so with a dedication, vehemence, and deadliness that make some counterterrorist forces insist: “Shoot the women first.”

Lone Wolf Terrorism fills a niche in terrorism studies with a comprehensive work that has been needed for a long time. Jeffrey Simon points out that to wreak havoc the modern day lone wolf no longer has to fire a gun or build a bomb. He can do considerable damage via technology by hacking computers or stealing and distributing personal information.

Like Robert Pape’s Dying to Win or Steven Coll’s Ghost Wars, Mr. Simon’s Lone Wolf Terrorism will rightfully find a place on the shelf of every terrorism researcher.