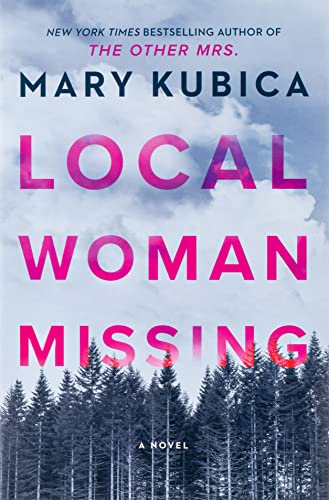 Meredith Dickey and her husband Josh reside in a suburb of Chicago. A great place to live, it is family-oriented and considered one of the safest towns around. Meredith, mom to six-year-old Delilah and four-year-old Leo teaches yoga part-time and works as a doula, meaning her work hours are crazy. Often, she must rush to the hospital for a client in labor. If Josh is not home to watch the children, she drops them at Charlotte's, the neighborhood sitter who provides childcare for several neighbors. When Charlotte isn't available, Bea and Kate, who live next door, love watching the kids.

One of Meredith's clients, Shelby Tebow, whom she assisted in a long and tedious delivery turns up missing not long after her daughter is born. In a rush, the physician involved used forceps to deliver the infant causing damage, and Shelby and her husband, Jason decide to sue him. Meredith and one of her colleagues present at the time of the birth offer to back her up as witnesses.

Suddenly, Shelby goes missing. She is known to jog at night, but one night she doesn't return home. What could have happened to her? Though she and Jason haven't been getting along, it is inconceivable he would have harmed her, especially with a new baby. Did the doctor play a part in her disappearance believing a lawsuit would ruin his career?

Meanwhile, Meredith's friend, Cassandra begins to snub her. She invites her to her house and confronts her after learning Meredith was once her husband Marty's college lover. She presumes they are still together, mainly because he never mentioned Meredith and he had a history, and Meredith never told Josh. Meredith states their affair was years ago, and they have nothing to hide; she and Marty felt it best to leave the past behind. This raises more suspicion in Cassandra's mind, and she commands Meredith tell Josh, or she will inform him they are still meeting secretly.

Not long after Shelby goes missing, Meredith and Delilah vanish. The community is in an uproar. Is there a serial killer around or did they take off on their own? This is highly unlikely for they are a happy family without problems.

Eleven years pass since Meredith and Delilah's disappearance. Meredith's car was discovered soon after her disappearance at a seedy hotel where she allegedly committed suicide. But where was Delilah? Did someone kidnap her?

This frightening tale commences with Delilah held captive and kept in a dark and dreary basement. She is dirty, barely fed, and never sees the sunshine. Her horrific account starts like this:

"I hear footsteps. They move across the ceiling above my head. My eyes follow the sound, but there ain't nothing to see 'cause it's just footsteps. They don't matter none, though, because the sound of them alone is enough to make my heart race, my legs shake, to make something inside my neck thump like a heartbeat."

Imagine the plight of this child, now a teenager, held hostage for so many years. The description of her terror is palpable as she wastes away in a moldy basement.

In addition to this chilling event, consider how Delilah's father and brother feel. They lost their wife and mother as well as daughter and sister. It is almost incomprehensible to conceive the pain this family endures.

Each chapter is told in different voices as well as including a lot of backstories. It would seem baffling to switch between the past and the present, but this is so beautifully written it is easy to comprehend. Filled with secrets and bombshells, every segment proves more harrowing as events take place to make this a chilling tale. The characters are well fleshed-out and distinctive and the plot is so in-depth the reader becomes enmeshed in the story.