The Lives of the Surrealists 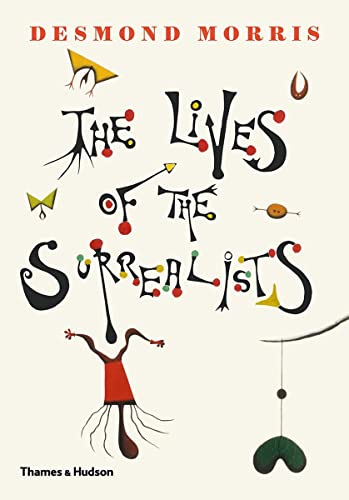 Salvador Dali wasn’t the founder of Surrealism, the cultural movement that spread from Europe to the Americas in the 20thcentury. Andre Breton was the founding father. He was also often at odds with Dali who was the most popular surrealist in the United States, though he wasn’t an American.

Born in Spain in 1904, Dali lived in Paris and New York. He died in his native Spain in 1989 at the age of 85, the grand old man of a movement that peaked in the 1920s and 1930s, revived in the 1940s and then, after World War II, was pushed aside, though it was never eclipsed by abstract expressionism, pop art, or post-modernism.

Surrealism has never really gone away or out of style, much as Dali’s work has never lost its creative edge and its exuberant playfulness, which endeared him to American art critics and the kind of people who rarely went (or go) to museums.

Desmond Morris, the author of The Lives of the Surrealists and one of the last survivors of the movement, writes that, “Dali was without question the most skillful, most accomplished of all the surrealists.”

He adds that “In his early work he was also the most darkly imaginative and inventive.” Few art lovers who see his images of clocks that look like they're melting fail to appreciate them or forget them.

Dali is one of 32 surrealists that Morris depicts in Lives of the Surrealists, including famous figures such as Marcel Duchamp, Alberto Giacometti, and Joan Miro and lesser-known artists like Leonor Fini, E. L. T. Mesens, and Wolfgang Paalen.

Morris allocates a whole chapter to each of the 32 artists in this volume, which doubles as a mini-coffee-table book and as a work of scholarship with illustrations, a chronology, credits, and a bibliography.

The Lives of the Surrealists is comprehensive. It also opens the doors to further study and exploration. Morris knows the intimate details about the personal lives of the surrealists. Those details are quirky and fascinating.

Morris is enthusiastic about the movement and the work of the artists, but he doesn’t try to turn them into saints and angels.

“At fifteen he was expelled from school as a disruptive influence,” Morris writes of Dali. “Only when he was painting did he take life seriously.”

In the 1924 manifesto that declared the birth of the surrealists, Breton defined his terms.

“Surrealism, n. Psychic automatism in its pure state, by which one proposes to express—verbally by means of the written word, or in any other manner—the actual functioning of thoughts,” he wrote.

Morris describes how painters and sculptors hijacked the movement from writers and elevated the image above the word.

The surreal often worked better on the canvas than on the page, though Franz Kafka, Rene Daumal, Anais Nin, and Kenneth Patchen took surrealism to fabulous heights in their work.

Two decades after it was founded, the movement still had remarkable staying power. It had also traveled from Paris to New York and Los Angeles and then back to Paris, where Man Ray, the American photographer who was born Emmanuel Radnittzky in Philadelphia, reinvented the art of photography.

“Unconcerned but not indifferent,” was the phrase that appeared on his gravestone after his death in 1976 at the age of 86.

Morris doesn’t analyze or interpret the work of the surrealists. And that’s a good thing. He presents biographical information about the artists and leaves it to readers to connect the dots between art and autobiography, or to leave them unconnected and to bask in the glory of the work for its own sake.

The Lives of the Surrealists is perfect for readers who don't know much if anything about the surrealists, but who are curious about them and want to learn more.

It’s also suitable for art students who have followed the work of Hans Arp, Alexander Calder, Arshile Gorky, and Pablo Picasso, who associated with the surrealists for a decade and then broke with them and their rules and followed his own muse.