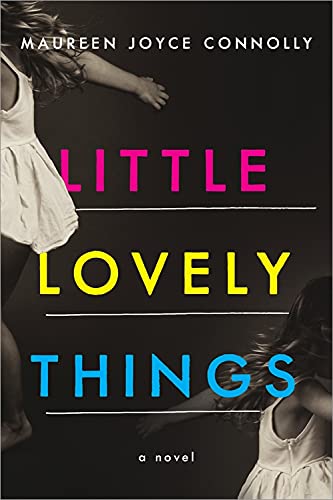 A parent's worst nightmare is to have a child kidnapped. This is what happens to Claire Rawlings—times two. A medical student and mother of two, she is on her way to drop off her daughters, Andrea, age four, and 15-month-old Lily at daycare. But along the way, she is plagued with horrible nausea—a side effect from a vaccine she received. As the Chicago city skyline comes into view, Claire knows she won't make it to the girls’ center in time. Getting off the highway exit in a bad part of town, she makes to a service station restroom where she is violently ill.

The children are sound asleep in their car seats, and Claire keeps the door open so she can hear if they stir, believing they will be okay. Her sickness passes, and she rises from the floor to total darkness. Shivering with fever, she realizes the door is closed and she blacks out from her illness and the blazing July heat. When she recovers, she stumbles to the door noticing the car is gone along with her girls.

Meanwhile, Moira Kelly and her boyfriend Eamon O'Neill, member of an Irish clan known as the Travellers, come to the Shell station looking to clean up. Vagabonds, they are shunned from their clan due to their incestuous relationship and live on the street. Spotting Claire's running vehicle, Moira, who suffered two miscarriages and desperately wants children, decides to steal it and keep the children.

They head to an abandoned garage where they have been living in an old Buick. She transfers the still sleeping girls to the trunk while Eamon takes Claire's Taurus.

Moira heads to a cabin in northern Illinois scavenging for supplies and awaiting Eamon's arrival. After four days when he does not arrive, Moira is confused and upset. Lily dies from the heat and the closeness of the trunk, so Moira changes Andrea's name to Colleen, calling her Colly for short, informing the child her parents are dead.

In October, Jay White, an American Indian, recently released from jail, leaves his North Dakota roots looking for a new start. His El Camino breaks down, and he finds himself in the middle of the forest. He spots a flash of orange as a chill washes over him.

He picks up a toy carrot and thinks:

"Something wrong. Eyes keened, he walked away from his car, ignoring his numbing ears and feet. Searching the edge of the road, he kicked clumps of dirt and small pebbles into the depression that ran where the shoulder should be. Within moments, the heel of his boot caught a soft spot and the edge of the road cratered beneath his weight."

"He slid into a small pool filled with cold water, immediately soaking both his feet. Flailing for a handhold, he smacked a clump of cattails, a plant he knew well from his childhood. . .

". . . Beyond the bowed stalks an unnatural shape materialized in the moonlight.

"Exposed, almost luminescent in the ghostly moonlight, were the first finger and thumb of a small hand."

Trying to decide what to do, Jay remembers his mother saying, "There are no coincidences, Jay"—followed by his grandmother's—"Each person, each event, is a thread. . . . An interwoven spoke in the wheel of life." Deep down he believes he was meant to find this child, so he calls the police to report his finding.

Ten days after Lily's body is recovered and the funeral set, Jay is interviewed in depth and found not guilty of her death. Claire insists on meeting him at a diner in Chicago, where he informs her of his belief that Andrea is still alive. He states he had been training to be a shaman and shares information he normally wouldn't. She offers him pictures of the girls, hoping he can uncover something from their images. Feeling a connection with him, she drives him to the trailer park where he lives.

A story of strength and perseverance even through the most unspeakable situations, this chilling read ends somewhat abruptly. Will there be a sequel?