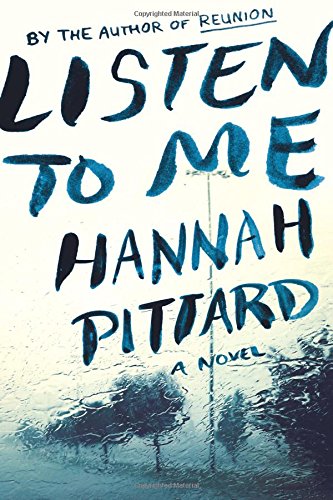 Veterinarian Maggie is not herself after being attacked near her Chicago home nine months ago. Several appointments with a therapist show she appears to be healing from her terror until she learns of another similar mugging of a coed not far from her. The only difference is this other young woman is murdered.

Things become tense as Maggie regresses and becomes obsessed with the Internet, reading of cases where people are abducted, assaulted, and killed. Her husband, Mark starts wondering if he has lost the competent, optimistic wife he loves and begins to fantasize about one of his graduate students at the college where he is a tenured professor.

Mark's summer break is approaching when he decides they need to take their annual vacation to his parents' home in Virginia earlier than usual. He hopes the change of scenery will calm Maggie and rid her of her paranoia. Though they have a late start, they believe the trip can be made in one shot, but on the way, they learn of treacherous weather ahead of them.

Their dog, Gerome is like Maggie's child, and she constantly coddles him. When Mark suggests they find a motel due to the storm and the coming nightfall, she reminds him of Gerome's fretfulness in hotels, suggesting they try to drive straight through.

Their uneasy banter is typical of long drives being tired and irritable. Such is evident in their discourse:

Mark steered the car to the right shoulder, the rear tires skidding and came to a rough stop. To the left was the empty dark highway. To the right was a veritable rain forest filled with unknowns and unsavories. The sound of the hail was nearly deafening.

Maggie turned again to look out the rear window. "Is this safe?" she asked. "This can't be safe."

It was true they hadn't seen another car since the hail had started, but all it would take was one truck, one semi with a driver asleep at the wheel, and they'd be a crumpled box of sardines . . .

. . . Gerome, who had been sitting, now stood and took a step forward toward the front seat. Maggie scratched beneath his chin. "It's okay, boy," she said. "You're a good monkey."

Mark said, "Can't you do something about him? Please? I'm trying to make sense of all this."

"He's scared," Maggie said. "The rain is so loud. He doesn't know why we're stopped."

"Jesus—" Mark put an elbow into Gerome's chest and manhandled him into the back seat. . .

Their dialogue shows not only their vulnerability but also their underlying fear of the unknown, as well as Mark's jealousy of Maggie's attachment to the dog.

The weather slows their progress, and soon they find themselves on the deserted freeway, going slowly through the torrential rain. Both exhausted, they decide to try to find a place to stop for the night. Mark is driving, and Maggie falls into a deep sleep only to awaken and find she and Gerome are alone in the car in a dark parking lot. Her anxiety accelerates into anger at Mark for leaving them in the unlocked car, but she talks down her worries.

They locate a small hotel in the mountains, and though this is no power, they decide to stay the night. No AC, no hot water, but what they need the most is rest. Soon after they settle in, Gerome needs to go out, and this is where the real assessment of their relationship takes place.

Pittard's analogy of a troubled marriage along with a horrendous downpour ties in well with the plot. Both Maggie and Mark share their voices throughout the book as each shows his or her feelings about their partnership and life together and dealing with Maggie's traumatic incident. Maggie's angst is easy to understand, but Mark's annoyance with her speaks little of him. Not until he is put to the test does he appreciate Maggie's strength and realize she is the same woman he married.

Fast-paced and suspenseful, Listen to Me proves to be an apt title for Maggie expects Mark to be considerate of her frame of mind and fears.