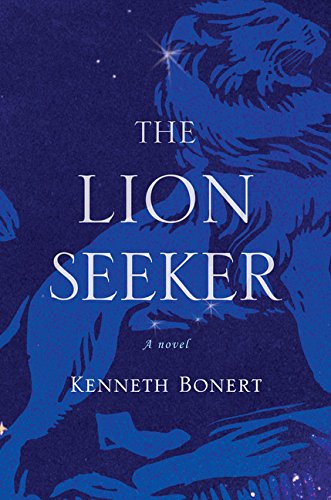 “Are you a clever, or are you a stupid?” Lithuanian born Gitelle Helger asks her son Isaac throughout his South African childhood and adolescence. The question she’s really asking is: Are you able and willing to take advantage of people to get ahead, or will you be weak and let others take advantage of you?

To this amoral paradigm, which will eventually come back to bite Gitelle and tragically regarding the entire family, Isaac’s father Abel provides a contrary example as a timepiece repairman who having mastered his craft enjoys and takes pride in honest work. Isaac’s academically inclined older sister Rively models a third path for which Isaac has neither aptitude nor inclination.

Most of Kenneth Bonert’s suspenseful, entertaining, and thought provoking epic debut novel—which follows the Helger family from turn of the century violent pogroms in Lithuania to immigration to South Africa in the early 1920s—focuses on Isaac’s adolescence and young adulthood in 1930s and 40s Johannesburg. There time and again he faces ethical choices in which he must decide between following his mother’s advice and trying to fulfill her ambitions or emulating his father.

Like the heroes of the long modern and Victorian novels Mr. Bonert emulates, it seems that whatever path Isaac chooses his endeavors come to naught. About halfway through this rags to riches story Isaac, a high school dropout, hedges his bets by dividing his time between an auto body repair apprenticeship and becoming a partner in an auto salvage business with Hugo Bleznik, a warm-hearted, affable, but not always scrupulous businessman who like Isaac is a complex and well developed character.

Isaac also secretly dates Yvonne Linhurst, a wealthy English Christian girl he hopes to marry who attempts to correct Isaac’s racial attitudes. It should not surprise us that people who have been the victims of bigotry are capable of it themselves.

In addition to career advice Gitelle also forbids Isaac to fraternize with black and mixed race children and their mothers for fear that people will assume that he also is racially mixed. Jewish South Africans occupied the lowest rank among South African whites, below the often anti-Semitic Afrikaans speakers who in turn fell below the English.

Doornfontein, The Johannesburg neighborhood where the Helgers live, includes both Jews and Afrikaners. Below the Jews are the Asians and blacks.

Local color is conveyed through the profanity rich patois of cockney English, Lithuanian Yiddish, Afrikaans, Zulu, and the Sesotho Isaac speaks, which takes some getting used to, though foreign words and phrases are usually followed by a translation. In contrast to the colorful dialogue, Mr. Bonert’s descriptions of South Africa’s landscapes are lyrical and handsome.

Because of the language issue as well as the fact that Isaac is not always an admirable or even likeable fellow, it may take a while to get into The Lion Seeker, but after the early chapters it becomes a page turner with a diverse cast of characters, numerous subplots, and flashbacks to the pogroms in Lithuania.

When readers first meet Gitelle she wears a veil to mask a facial disfigurement, but she later finds a South African surgeon who can partially repair the damage though a noticeable scar remains. Gitelle tells Isaac that the injury occurred when she fell off a wagon in the old country. One of the subplots is his attempt to find out the truth about her and the fate of her fellow Jews during and after the pogrom. Abel walks with a limp and thus is also disabled.

When Gitelle emigrated she left five sisters behind. Another subplot involves her attempt to arrange their immigration to South Africa despite a restrictive immigration law in the late 1930s when Hitler’s army was on the march. That endeavor is ominously foreshadowed by her earlier refusal to sign a paper that would have prevented the deportation of a black acquaintance from Johannesburg to a rural disease infested reservation.

To help her get permission and funds for the relatives’ immigration Gitelle turns to a relative, Avrom Suttner, who rules a remote fiefdom in the gold mining district and appears to be modeled on Joseph Conrad’s character Kurtz. He also serves as a role model for Isaac as the kind of driven entrepreneur who will not let anybody or anything, including ethics and morality, stop him from taking what he wants.

The Lion Seeker is a promising debut and is recommended to Jewish and philo-Semitic readers who enjoy family sagas, coming of age tales, long epic novels, and learning about a Jewish community with whom they might not be well acquainted.