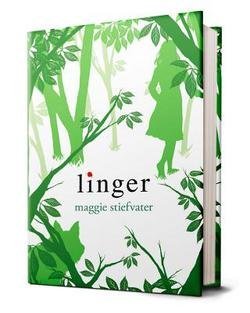 One of the reasons this reader has returned to Maggie Stiefvater as a writer is that she makes the young adult werewolf novel real and new. In a publishing world lately flooded with young adult paranormal books and series, Stiefvater manages to bring “normalcy” to her paranormal work, making it different and inviting to a larger group of readers. Her latest addition in the Wolves of Mercy Falls trilogy is again a great read and a perfect lead-up to the final book—in which all lingering questions will surely be answered.

In Linger, this much anticipated second book to last year’s adored Shiver, we once again are taken into the everyday world of werewolves—the world where wolves in your backyard seems normal since it has been that way since you were a kid and shape-shifting is beginning to be better understood by the pack itself.

The ultimate couple—Sam and Grace—is still blissfully in love after overcoming their latest struggles. Sam’s cure has worked, and he is no longer shape-shifting, instead living the life of constancy he has always craved, while Grace continues to simply shine in his presence. Unfortunately, Grace’s parents are not as neglectful as they used to be and now seem to want to lead her away from the one young man who is truly meant for her. Furthermore, a sad twist of fate might threaten to separate the two lovers permanently.

Additionally, all is not as it seems with the new wolves created by Beck. They are unpredictable and not reacting as they should to their new lupine bodies. As the aloof Isabel mourns the loss of her brother Jack, she also finds herself pulled in by one of the newest of the pack, Cole, who harbors a secret that may tear apart the pack in its entirety.

In Linger, Steifvater has created a deeper plot filled with more dynamic and intense characters that draw in readers. We become more involved with them, more concerned for their lives and what will ultimately happen. Forever, the final novel of the trilogy, already has many eagerly anticipating its July 2011 release. In the meantime, lingering over Linger will simply have to be enough.