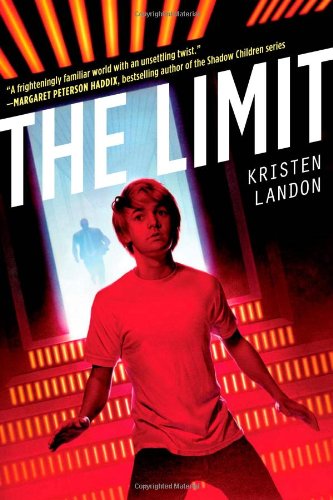 Almost every family has a credit card. While it’s never a good idea to go into debt or to exceed your financial budget, the repercussions of such an action are not extreme in today’s society. If you splurge on something or even need to make an emergency purchase you may have to pay extra, but the cost is usually not much. Perhaps you may pay an overdraft fee or owe more in the long run, but it’s not as if someone is going to come to your house and take your first-born child.

However, in the future, what might happen if you reach your limit and what might it really cost you in the end? What if it did cost you your child? Or if you were taken away because your family couldn’t afford to pay their debts?

Matthew Dunston never worried about being removed from his home; after all, his father made a good living and he and his sisters never had any reason to believe that someday they might exceed the limits in their family's account. While his mother shopped quite a lot and their father was always playing golf they still believed that their parents always had everything under control.

The Dunstons had heard of children being taken to the workhouse for family debts, but they didn’t know anyone who had disappeared personally. No matter, since “Matt” as his family calls him is the oldest of the Dunston children and still in middle school, if they did go over their limit the government would simply put them on “supervised spending or some other penalty program.” Everyone knows the government never takes kids under high-school age to the workhouse for family debts. Until now that is.

When thirteen-year-old Matt’s family accidentally goes over “the limit,” he finds himself in the highest ranks of the workhouse program. After testing exceedingly high in his math capabilities he is sent to the “top floor:” a kid’s dream, where he can literally have anything or do anything he wants except the one thing he wants most: to go home.

Soon odd things begin to happen to the kids at the workhouse, and Matt finds that perhaps his family’s unfortunate luck of losing him to the government was not luck at all.

In an inventive thriller that will keep you reading nonstop until the very last page, Kristen Landon has given middle-grade readers a fast paced tale that will enthrall even the most reluctant reader.

Suspense, mystery and excitement all combine to make The Limit a must read—not just for kids but their parents as well. Landon details a future society that has incurred the ultimate penalty for debt: children. Kids will enjoy reading Landon’s fearsome tale.

And parents may even think twice next time they go to swipe their card for that unnecessary purchase.