A Lily in the Light 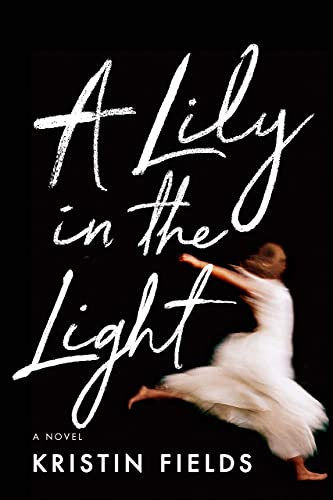 “Anyone who loves a study of human behavior under catastrophic circumstances will be swept away by Fields’ dynamic prose and intense psychological suspense.”

The most important thing in eleven-year-old Esme’s life is ballet. She wants nothing more than to move up to pointe. To see the world perched on her tiptoes. And she does. The teacher chooses her to be one of the five lucky dancers in her class to move up. A sensitive child, she sees the pain of the students not chosen.

“‘Thank you,’ Esme whispered, feeling as shaken as a soda bottle. She might have fizzled over if not for the five other girls gathering their bags and sweaters from the back of the room, huffing into the lobby like a swarm of angry wasps, blurring the joy Esme felt for pointe shoes with pink ribbons, custom made for her like a real dancer’s.”

But to be a real dancer is her dream, and her joy returns.

Then her sister disappears. It’s no one’s fault, and everyone’s: hers, her brother’s, her parents’. And now, everyone is also suspect. Where did her brother go the night Lily disappeared? What were her parents capable of?

Like many families faced with tragedy, they begin to fall apart. The remaining children are caught in the net of their parents’ grief and anger. But Esme has a chance to survive. She has dance. And she has a teacher willing to take her in and help her find her place in the world outside a home filled with despair.

But even the opportunity to get out of a house filled with tragedy feels fraught with emotional landmines.

“Why didn’t they want her at home? It was for dance, but wouldn’t they miss her? Losing someone else should have been unbearable.”

Esme struggles with the choice. Save herself? Or try to save her family? “Did leaving home mean she was giving up? A lump formed in her throat.”

The strength of Fields’ writing lies in the complexity of her characters. The mystery of Lily plays second fiddle to the myriad ways in which each character’s life changes through the shared tragedy. It both pulls them apart and brings them together as guilt and sorrow beat on their relationships to each other, forged out of events beyond their control.

The novel follows Esme out of childhood into the world of professional dance. The novel sits in the sweet spot between mystery and commercial fiction. Anyone who loves a study of human behavior under catastrophic circumstances will be swept away by Fields’ dynamic prose and intense psychological suspense.

The unanswered question of what happened to the little girl never leaves. Esme even makes up another Lily to take her sister’s place. “Imaginary Lily was curled in the corner of the studio, fogging the mirror with her breath and writing little Ls on the glass.”

Everything the family members do is impacted by the early loss of Lily. The failing marriage. The dysfunctional brother/sister relationship. The inability to move on. Even Esme, who escapes physically through both geography and dance, can’t escape the emotional toll of this kind of loss.

But throughout the novel, there is also hope. Hope the mystery of Lily’s disappearance will one day be solved. Hope that perhaps even the child herself might be found.

Like all good literature, the novel forces us to contemplate the worst humankind has to offer against the backdrop of all that is good: love, compassion, redemption, and the spirit that keeps us going, even in the face of our worst experiences.

The ending is intensely satisfying. It ties up the parts of the story the reader has to know, while simultaneously leaving enough threads open to invite us to fill in the blanks for what happens next.