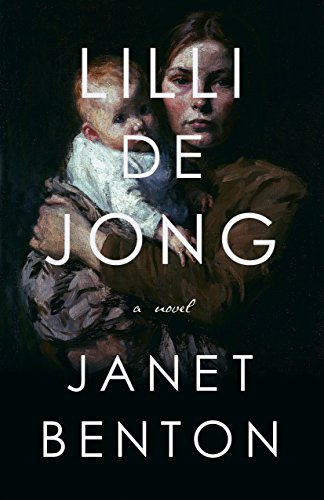 The debut novel Lilli de Jong is almost a feminist version of Upton Sinclair’s The Jungle, targeting the treatment of women in the 1880s rather than slaughterhouses in the early 20th century.

Like its classic predecessor, Lilli de Jong is a tearjerker. To dramatize its worthy muckraking, it follows the eponymous heroine as she falls from her upbringing in a proper Quaker household to the filthy streets of Philadelphia, where she begs for food while toting her two-month-old, illegitimate daughter, Charlotte.

Author Janet Benton’s prodigious research shows in her detailed and unexpected descriptions. After days of living on the streets, “My boots were caked with manure, ashes, and urine-soaked dirt.” Even in a relatively well-off neighborhood, “Coal and wood smoke thickened the air, and all about in heaps lay the dung of livestock driven to market.”

Especially harrowing is the children’s poorhouse, “an enormous hall with cribs in rows, holding perhaps a hundred babies, with only the littlest ones crying or moving . . . Their swaddling cloths were stained with spit-up, the only sign of their having been fed.”

As with most tearjerkers, the plot is compelling, although, at 352 pages of almost unremitting misery, it drags in spots.

The story begins as 23-year-old Lilli is wooed by Johan, the apprentice in her newly widowed father’s Philadelphia furniture-making shop. After a night of passion, Johan sets off to seek work in Pittsburgh’s steel mills, promising to send for Lilli and marry her.

That one night is enough to leave Lilli pregnant. When Johan fails to write, and her stepmother discovers her pregnancy, Lilli is kicked out of her home. Luckily, she stumbles on the Philadelphia Haven for Women and Infants, perhaps the only place in that teeming city that would take in disgraced, unmarried mothers-to-be.

Still, the mothers are expected to leave Haven within three weeks of childbirth, usually giving up their infants for “adoption”—in other words, abandoning them to the horrific poorhouse.

But Lilli refuses. She manages to obtain a job as a wet nurse for the wealthy Burnham family’s newborn son, Henry, while sending her own daughter out to a cheaper nurse. That juggling act can’t be maintained, however, in the face of the implacable demands of Clementina Burnham, Henry’s mother. Ultimately, Lilli is expelled from that home, too.

From there, Lilli wanders the dangerous streets, exhausted and unwashed, trying to avoid being raped and robbed, gobbling garbage, scrounging rags for Charlotte’s diapers, and—if she’s lucky—catching a few minutes of uneasy sleep on the floor of the train station among a raft of sketchy “vagrants.”

Throughout, Lilli ruminates with sharp, modern insight into women’s second-class status. “On my life’s loom, the warp and woof are so disarrayed that I can no longer weave its cloth,” Lilli muses. “Yet Johan, the agent of my disgrace, strolls merrily along his chosen way, with no alteration in his prospects, no lessening of freedom, no suffering on account of our hour of intimacy.”

Clementina, the ostensible villain, is a wonderfully complex character who lifts the theme above cliches. If she’s cold to Henry and rigid in her expectations of Lilli’s function, she has also been stifled by her parents’ expectations of a woman’s role: They quashed her childhood dream of being a violinist, forcing her instead into the corset of marriage.

Unfortunately—again, like most tearjerkers—Lilli de Jong relies on plot twists that strain credulity. For instance, the pretense that this is a diary requires Lilli constantly to scramble for unlikely places where she can supposedly write, even while hiding in a dark stable or “in the shelter of an alley hung with clotheslines.”

For all of its genre flaws, this is a story that needs to be told, especially today, as women’s reproductive rights are threatened again.