A Life in Fashion: The Wardrobe of Cecil Beaton 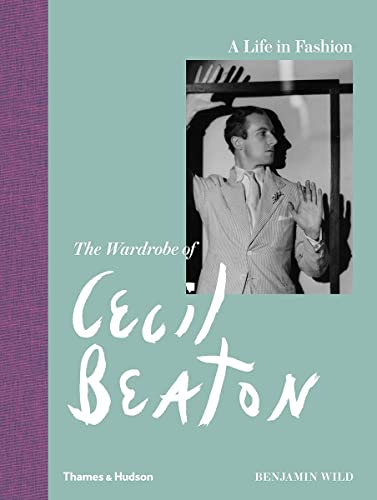 Some might say narcissist, some might say egotist, and some might even say elitist, but no one can deny that Cecil Beaton was in many ways an arbiter of taste and style. Few think of him or speak of him as a sartorialist, and yet he was keenly aware of his appearance as well as quite knowledgeable about clothing, whether bespoke or gently worn. A Life in Fashion addresses this aspect of Beaton’s life, and Wild provides the reader with great insights into the psyche of this legend/icon.

“when Beaton set about becoming a ‘rabid aesthete,’ all aspects of his life—from his writing and photography to his design work and even his circle of friends—reflected his pursuit of the beautiful and sensuous, and none more so than his wardrobe.”

A Life in Fashion gives the reader insight into Beaton’s idiosyncrasies as well as his trademark looks that became part and parcel of the Beaton image. Beaton was prescient in the way he mixed the high and low of fashion by combining second hand finds with possibly bespoke suits or shoes.

Beaton basically controlled how he was perceived in public, and he was cagey and savvy enough to manipulate the desired impression of him to the viewer . . . call the skill set silent signals.

Anyone who is a clothes horse or aspires to be looked upon as an arbiter of taste and style will find much can learned by Beaton’s astute practices. Wild provides the reader with wonderful explanatory text that puts all of it in a proper framework and perspective giving  the time, place, and decade for so many of the photographs. That being said, the book is rather comprehensively documented by means of archival photos of Beaton in so many of his eccentric or typical turnouts; again the astute reader will take note of just how prescient Beaton was when it came to matters of fashion, style, and taste.

Without question the ideal reader possesses a curiosity about Cecil Beaton, men’s fashion, as well as a life well lived, and not to mention the somewhat invented life created by Beaton. He was a one of a kind whose style, taste, and influences have spanned decades in many aspects of the world of fashion.

A Life in Fashion is highly recommended to those readers who hunger for more information about one of the 20th century’s great tastemakers.