Life and Limb (Blood and Bone) 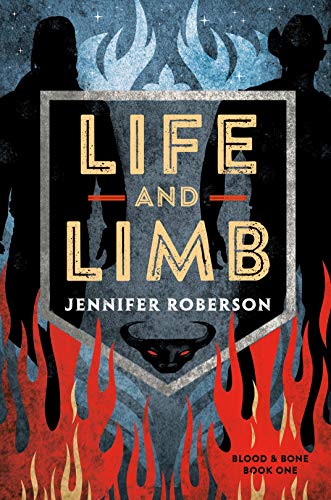 “A well-written bit of escapism that offers a few hours of easy reading fun.”

An ex-con biker named Gabriel and a genuine, polite-talking Texas cowboy named Remiel are two strangers connected by a mysterious man they know only as Grandfather, who has secretly been training them all their lives to fight the legions of the fallen angel Lucifer. This is the premise of Jennifer Roberson’s (best known for the Sword Dancer series) new book, Life and Limb.

A fast-paced, well written bit of action adventure urban fantasy that reads like the unusual love child of Lethal Weapon and The Odd Couple. By the end the book it is obvious that Roberson has set up the tale for a sequel or three or ten. It all depends on how well she can keep her audience entertained with less-than-original plotlines.

Brought together by Grandfather, Remy and Gabe must team up to fight demons, devil dogs, ghosts, and other supernatural bad-assery that Lucifer sets upon the unwitting earth to hasten about the prophesied End of Days.

Aided by the Celtic goddess of War, Morrigan, they must put aside differences and learn to work together as a team if they are to survive the horrors they combat. Using abilities they didn’t know they have, they learn to depend on each other through thick and thin to stop Lucifer’s plan. It’s a good thing that both our heroes have within them a bit of divine essence that gives them their abilities and a goodly sense of right and wrong.

A good chunk of the book is plot exposition and world building necessary for adequate background along with character building so Gabriel and Remy aren’t just some cardboard cutout characters that comprise many of the urban fantasy heroes today.

However, the tired trope of two near polar opposite personalities thrust together in adversity has been used ad nauseum by near every cop show and movie ever created and generally leaves people saying, “Not again!” Nonetheless, Roberson manages to deftly weave a tight story with a fast enough pace that the reader is willing to suspend their fatigue at such well-worn ideas and continue enjoying the book, taking it for what it is: a well-written bit of escapism that offers a few hours of easy reading fun.

By the middle of the book the reader is thoroughly engaged in the plotline (Good vs. Evil, God vs. Satan) that the pages fly by quickly enough; by the end there is a certain amount of satisfaction, a sense of time well spent on entertainment. Roberson treads no new ground here, it’s something that a person can see on any fantasy bookshelf, but her fluid ability with prose offers a decent read for her fans and will be sure to engage some new ones.