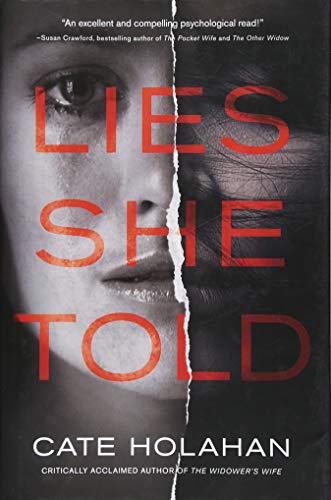 Fiction writers exist in their imagination as they search for ideas to put into a novel. Liza Cole, with one bestseller to her credit, is frustrated with her editor. He is giving her a month's deadline to come up with another thriller.

With so much happening in Liza's life it is hard for her to concentrate. She desperately longs for a baby and is undergoing brutal hormone therapy, which gives her weird side effects along with the usual ones faced during the first trimester of pregnancy. In addition, her husband David is agitated because his best friend and law partner Nick is missing, and he seems uninterested in her life.

Facing the many pressures around her, Liza commences her writing where her protagonist, Beth, suspects her spouse Jake of cheating on her. While Beth is home alone with her newborn daughter for long hours, she is furious Jake is never there, with claims he is tied up at work. When she confronts him, he insists she see a therapist stating she is dealing with postpartum depression, casting aside all doubts that he is up to no good. However, Beth decides to follow him to confirm her belief of his infidelity.

As Liza plunges deeper into her writing, scenes parallel her own life to the point where it becomes uncanny. Beth learns Jake is indeed having an affair with a policewoman named Colleen. Once her suspicions are confirmed, she sneaks over to Colleen's apartment to confront her. Without quite being conscious of her actions, Beth bludgeons the woman to death then dumps her body into the East River.

As her tale progresses, Nick's body is discovered floating in the East River; a situation very similar to Liza's work-in-progress. David, who recently became standoffish toward Liza, is arrested for killing Nick. But what would be his motive for killing his best friend?

To Liza's shock, she finds David at home reading her unfinished manuscript. He accosts her as follows: "'You expect me to believe this is a coincidence?'" His index finger jabs at the monitor.

"I recognize the structure of the paragraphs. Sentence-filled scenes followed by short bits of spaced dialogue. This is my book. David must have searched through my email and found my manuscript. He has my passwords. He knows I send myself copies. But why would he care about my novel?

"The realization hits me like a gut punch. He's read my story and convinced himself that it's a retelling of my crime.

In essence Lies She Told is a compilation of two novels: one of the author's alleged life, and the other of her imagination. Yet it is remarkable how the two are comparable. The author penning the novel having her circumstances juxtapose with that of her fiction piece allows for an eerie and chilling read. Holahan manages to combine both tales in a way that may appear confusing at first, but the plot twists keeping the reader captivated.

The differing characters, though alike, are well fleshed out individuals. Emotions of grief, incredulity, and anger are well combined to make this story feel authentic with the secrets revealed raising many questions. The unexpected and explosive conclusion is sure to surprise.