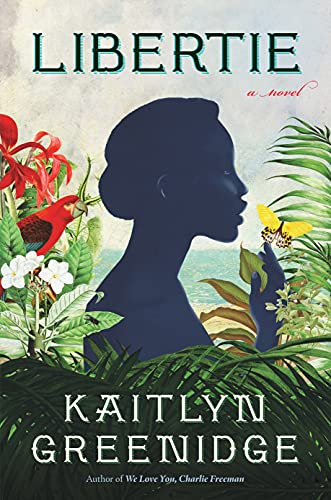 Most historians agree that the Reconstruction—the attempt to build a more equitable country following the Civil War—ultimately failed. In her latest historical fiction novel, Libertie, author Kaitlyn Greenidge shows readers the lesser-known but more successful reconstruction of the era—the reconstruction of a Black girl from Brooklyn named Libertie. This novel merges a previously unsung coming-of-age tale, a mother and daughter reconciling generational differences, and a romance that draws a heartline from the icy harbors of Brooklyn to the palm-shaded beaches of Haiti.

Libertie is a freeborn Black girl growing up in Brooklyn shortly following the Civil War. Her mother is a physician looking to open a hospital, where they endure the difficult task of treating the very people who had marked their houses for destruction during anti-Black riots.

With the hope Libertie will learn medicine and continue the family tradition, Libertie’s mother sends her to college. However, Libertie soon diverges from her mother’s interests and finds a passion for music. The generational rift between Libertie and her mother widens—Libertie, as her name suggests, is a child of freedom with big dreams, while her mother is comparatively more guarded and pragmatic, having faced the difficult truths of life.

Upon returning to Brooklyn, Libertie falls in love with a Haitian doctor, Emmanuel. Libertie has a choice. She can take the easy path, marry Emmanuel, and move to tropical Haiti, far removed from the prejudice and coldness of America, or she can take the difficult path, join her mother in Brooklyn, and treat the racist patients who openly attack her. How Libertie solves this dlemma will define the course of her life.

In her novel, author Kaitlyn Greenidge skillfully shows the generational divide between Libertie and her mother, a widely applicable story across the ages. Libertie has only known freedom in her lifetime, and she has comparatively higher expectations than her mother. Her mother, on the other hand, has known extreme oppression, and so she is more guarded and pragmatic, used to fighting for what she has. Libertie expects much of herself, wanting to live up to her mother’s example, and she feels guilty that she was born with so many advantages that her mother never had.

The novel’s point of view works for the story. Libertie is the observer to her mother, which provides more opportunity for exposition and character growth. At first, Libertie is young and naïve and sees the world in binary terms, and we know this because she is foiled against her practical mother. As she grows, her mother tries to teach how that real life can be cruel and morally ambiguous, and that good doctors aren’t always rewarded. She tries to prepare Libertie for the difficulties she will face for being a darker shade than her mother.

At a time when many viewed women’s bodies as shameful, Libertie’s mother has dedicated her life to teaching women about their own bodies, empowering them and being unflinching toward the facts of life. There is a scene in the book when Libertie’s mother teaches a female patients in high detail the function of their different organs, and the contrast between the patient’s learned shame and mother’s insistence that they understand about their own anatomy is very powerful.

In the novel Libertie, Kaitlyn Greenidge has reconstructed a time both unsung and ubiquitous. From icy Brooklyn brownstones to tropical Haiti, the book ties together histories in a way that renders them—especially in today’s world—both timeless and timely.