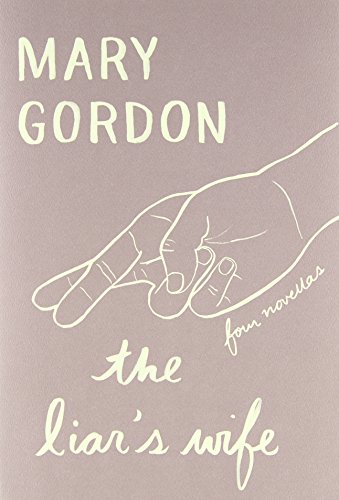 “. . . a rare work of deep reflection, imbued with a sense of what is right, even when one struggles for identity and meaning. It is, perhaps, Mary Gordon’s finest offering to date.”

How wonderful to read an intelligent work of fiction by a writer exquisitely skilled in her craft. Mary Gordon writes like a sculptor meticulously molding a masterpiece or a painter adding layer upon layer of color to the canvas until a complete and nuanced work of art is gifted to those who can appreciate the talent and labor yielding such beauty.

In her latest book, the award-winning author offers four compelling novellas, each so complex and complete that we marvel at the achievement in so short a space. These are stories of family dynamics, the nature of relationships, cross-cultural experience, historical events, and the quest for meaning.

But they are also about much more that that. While the stories differ in content and character, they share themes amidst central figures with much in common. Each is haunted by the demons of youth, they struggle far into adulthood to attain a sense of self-worth, they feel trapped by anger and guilt, and they have contact with others who deeply affect their personal journeys. In two stories, two characters are real—Simone Weil and Thomas Mann—as exquisitely drawn as the fictional protagonists whose lives they enter.

We meet Joselyn in the book’s title story. A retired scientist, she is comfortably upper middleclass. But it wasn’t always so and a pervasive sadness reveals itself as she reflects on her life. “What if the world is not a good place?  What if the worst came to the worst?” she ponders.

Enter Johnny Shaughnessy, her first husband, and his frazzled but friendly second wife, Linnet.  Johnny and Linnet are down-and-out traveling troubadours, leftover hippies from the days when a young Joselyn found such folks romantically idealistic. But late-life Johnny is full of optimism and a joie d’vivre that escapes the now affluent Joselyn. His surprise visit both diminishes and energizes her. When he leaves, Joselyn knows that “he had changed something” because as Gordon explains, “without Johnny she wouldn’t have known, really, who she was. Because he had taught her who she was not.”

In “Simone Weil in New York,” French Genevieve, Weil’s former student, now married, comes upon her old teacher on the Upper West Side. Her husband, a doctor, has gone off to World War II, and she is caretaking not only their baby but her brilliant brother, who suffers from cerebral palsy.  That leaves little time for Genevieve to do things that might make her feel whole in her loneliness.

She has loved Weill in her youth but she also sought to escape the emotional and intellectual power she wielded. Now she is ambivalent about the potential impact of their reconnection, and for good reason. Weill cannot contain her provocations and directives, reactivating Genevieve’s self-doubt, guilt, anger, and ultimately, disgust.

“Thomas Mann in Gary, Indiana” features the only male protagonist in these tales, Bill Morton, now a 90-year-old retired physician. (Are Gordon’s doctors meant to remind us to “heal thyself”?). He recalls “the greatest day of my life” which occurred in 1939 when he was chosen to introduce the great German writer to his classmates.

As in Genevieve’s story, World War II and anti-Semitism are important. So is racism, revealed to the young Bill by his Jewish teacher, Mrs. Hauptmann, who points out that “there’s not a single Negro student [in this school],” just as she has told him that their town is “restricted,” meaning no Jews can live there.  In a moment of lost innocence, Bill, whose father is a builder, realizes that what his teacher has told him “made it impossible for me ever to love my parents in the same way again.”

With frequent reference to Thomas Mann’s great novels, this story is deeply affecting, especially in a moving soliloquy when Mann tells the young students, “Civilization is in retreat. . . . but paradoxical as it may sound, the spirit has entered upon a moral epoch” in which people “come to realize the difference between good and evil.” Saluting that spirit, Mann admires American “faith in goodness, in freedom and truth, in justice and in peace,” changing Bill Morton’s life forever.

“Fine Arts” introduces us to Theresa, a young American woman studying art history, who makes her way to Italy with the help of her professor-lover who has just ended his extramarital affair with her. There she meets another one of Gordon’s fine older men, Gregory Allard, a collector who becomes more significant in her life than she could ever have imagined.

Theresa, who grew up in poverty in a family trapped by illness and small-mindedness, has been given a boost in life by two beloved nuns who saw to it that she received a solid pre-university Catholic education.  But she is still tenuous about herself and her talents, both social and professional, as revealed by a passage that also demonstrates Gordon’s sensitivity:  “She walked up the Via Roma. ‘I am pleased’ she heard herself say. . . . She felt that everything had been arranged, not to make her happy, ‘happy’ seemed too risky a term, implying some expectation of continuance. This being pleased was happening right now and it might never happen again. But the things that unfolded before her eyes, that pleased her, seemed like the work of good manners, the product not of a particular affection, but of a sense of what was right.”

It requires no risk to say this book will please readers. It is a rare work of deep reflection, imbued with a sense of what is right, even when one struggles for identity and meaning. It is, perhaps, Mary Gordon’s finest offering to date.