The Liar's Child: A Novel 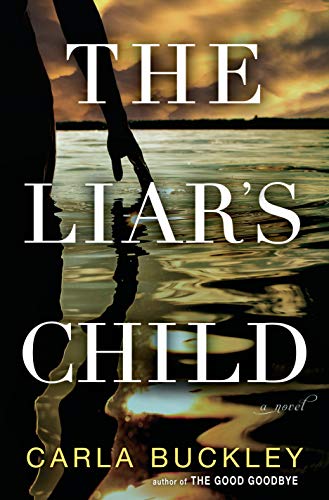 “The Liar's Child delivers a powerful psychological plot with heartbreaking emotion and well-fleshed-out characters that are thrown into an unwanted situation, creating in them an unexpected bond.”

Twelve-year-old Cassie Nelson, her six-year-old brother Boon, and their dad Whit, live in Paradise, a transient apartment complex in the Outer Banks of North Carolina. Mom Diane makes a grave error one day when she leaves a sleeping Boon in her car while she's at work. He almost dies from heat exposure but is rushed to the hospital where he is treated and survives. To Diane's disbelief, her misdeed is reported to Social Services.

Ashamed by her carelessness, Diane is more worried about what others think of her than about her son's health, so she flees. She is known to leave and always takes the children, but not this time. With her departure, Cassie becomes rebellious and hangs around with an older crowd of kids, wearing Goth-like black clothing and painting her nails and her lips black. Though she is in charge of Boon while Whit works, she abandons him to be with her new friends.

FBI agents move Sara Lennox into the unit next door to the Nelson's where she is being secreted in the Witness Protection Program. Sara gains employment cleaning rental units in the touristy area and, hating being monitored by the Feds, she plans to escape.

Whit becomes overwhelmed and worries about his kids as he's forced to work long hours as a hotel assistant manager. One option is to bring Cassie and Boon to his parents, but his dad is quarrelsome, and Whit does not want to expose them to his temperament, making him depend on Cassie to keep things together.

Boon strikes up a friendship with Sara and though she has no experience with youngsters she feels sympathy for them. She also endured a sad and motherless childhood being raised by a father with a questionable history, but she doesn't want to take on someone else's problems.

Sara buys another car, one without the FBI's tracking device, and plans to furtively depart Paradise and change her identity. When a hurricane is in the forecast, she believes that's the best time to go.

Whit must remain at the hotel to prepare for the storm, so the kids wait at home. Sara takes them with her knowing to stay would be dangerous. She figures having them with her will be a benefit for the Feds would be searching for a single woman. Unable to contact Whit that she has his children, they head out, making it to a motel far from home.

With cell towers down they cannot reach Whit, which makes Sara overly anxious. The three stay in the room and watch TV. When a news report announces Whit has been arrested and charged with murdering Diane, they are bewildered. What will happen to the children now? Sara doesn't want to be responsible, though if she turns them over to the authorities, the FBI will find her.

Meanwhile, Hank, a retired police officer who lives next to the motel, never recovered from his young son's abduction. Constantly vigilant, he surmises something is peculiar about Sara, but should he pursue his concern? He questions Joyce, the motel owner, about her:

"What exactly do you know about that family?"
"What family?" She stepped into the lobby, glanced around."
"You know what family. The only family staying here." . . .
. . ."No record of their registration. No charge slip."
"She pressed her lips together. 'You checked?'
"'There's something off about that woman. She's hiding something."

It is hard not to empathize with Cassie and Boon, yet Sara also is a character in need of compassion. The Liar's Child delivers a powerful psychological plot with heartbreaking emotion and well-fleshed-out characters that are thrown into an unwanted situation, creating in them an unexpected bond.