Let's Get Back to the Party 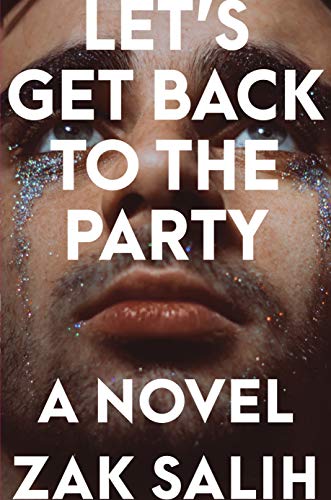 “Salih has the potential to be a good writer. The novel contains a rich vocabulary, has a good flow to its narrative and contains an impressive knowledge of English literature.”

The constant searching, yearning, and lusting after happiness seems to take central place in this debut novel by Salih. Here is a story that is saturated with angst as it unravels the innermost thoughts of its two central characters—Sebastian and Oscar—who attempt to fathom out what it means to be a gay man in today’s world. However, they both fail to reach a conclusion, leaving the reader to assume that unhappiness has clouded their minds.

Let’s Get Back to the Party is a story of two gay men, friends since childhood. The story begins by bringing them together after an absence of over 20 years. By this stage, both men are in their mid-thirties and looking for love and meaning in their lives. They are resentful at the world for the many changes that benefit younger generations of gay people, whose experiences are far richer than the ones they endured growing up. They are also both desperately seeking freedom from the loneliness and rejection they have found in themselves.

Some readers may give up on the story in its early stages because Sebastian and Oscar appear unlikeable and are totally egotistical and absorbed with themselves. But after 50 pages, the story begins to gel better resulting in the reader investing a little more in trying to understand the viewpoints of Sebastian and Oscar as they mull over various facets of being gay.

But their perpetual struggle to find meaning and connection in their own emotional struggles prevents the reader from appreciating that a larger percentage of gay people are happy and content in their lives than those who are not. The reader risks being left with wondering if the reason for their unhappiness is because they are gay or is part of a wider American obsession with happiness—the feeling that everyone has a right to be happy or, at least, feel happy.

Sebastian is a lonely schoolteacher who becomes totally infatuated with one of his students, Arthur, who belongs to the school’s LGBTQ+ group that they helped set up. He is mesmerized by Arthur’s self-confidence and wishes that his time of growing up had allowed gay young people to be open about their sexuality while at high school. Sebastian convinces himself that he is looking for a lifelong partner and a quiet easy life.

How can he achieve this, however, if his mind is transfixed by 17-year-old Arthur? Despite his intense feelings he knows that this young man is on the opposite side of a line that he can never cross which results in him merely drifting along in his day-to-day life. Taking Arthur’s hoodie home that he had left behind in the classroom, and sleeping alongside it, highlights his despair. However, he finds some solace in alcohol, gardening, and literature.

Oscar, a graphic designer, is angry at the world that he believes has become too gay-friendly and accepting. With homophobia on the decline, he resents having grown up with unaccepting parents, particularly his strict father, and having had to endure an adolescence and young adult life filled with distain from others who refused to accept his difference.

He befriends an older writer named Sean and places him on a pedestal after discovering he has written about the hardships endured by many gay men and takes on a newfound motto, “I vow, henceforth, to live by cock alone,” which he extracted from one of Sean’s novels.

Oscar, who has never really been in love and is content enough with one-night stands feels lost in a world that seems to be passing him by without a glance. He feels deeply betrayed when his writer friend marries his male partner, something Oscar views as heteronormative and unworthy of a gay lifestyle. He himself finds solace in fashion, parties, and promiscuity.

The greatest weakness in the novel is that readers will find it difficult to develop an affinity with either of the two main characters, coupled with unrealistic plotting. An example of the latter is when Arthur goes on a dating app resulting in him hooking up with Oscar. The chances of this occurring are slim or sheer coincidence. When Sebastian finds out, he accuses Oscar of sleeping with Arthur, which was not true, and then in a fit of anger Oscar sends Sebastian the naked pictures that Arthur had sent to him on the app. This leads to further unhappiness and depression falling upon Sebastian.

Let’s Get Back to the Party sometimes feels like a crossover between a self-help guidebook and fiction, particularly when Sebastian and Oscar get into their own style of self-analysis, but the plot is nevertheless engrossing and contains a good level of suspense. What is clearly evident is that Salih has the potential to be a good writer. The novel contains a rich vocabulary, has a good flow to its narrative and contains an impressive knowledge of English literature. As it stands it merits three stars out of five, but were the characters more likeable and relatable, the chances of it receiving a higher score is likely.