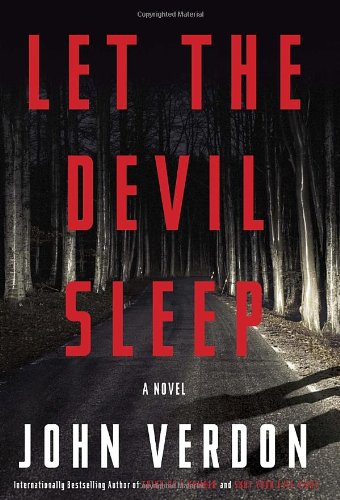 John Verdon’s popular protagonist, retired NYPD detective Dave Gurney, reminds me of the old Timex watch commercials. Much like the watch as it’s put through a series of damaging tests and continues to function, so also Gurney endures myriad punishing incidents yet continues to perform. Thus, the tagline: Takes a lickin’ and keeps on ticking.

The gritty ex cop, though still recovering from injuries sustained only months earlier in another epic case, nevertheless jumps headlong into a hornet’s nest when he agrees to look into a 10-year-old serial murder mystery. In doing so, he incurs the wrath of the local police department and the FBI.

Priding itself on its comprehensive behavioral profile, the Bureau does not take kindly to Gurney’s meddling in their conclusions. The killer, known as, “The Good Shepherd,” was never apprehended. Once the cranky, distrusting former investigator begins to look deeply into the FBI’s analysis, he winds up with more questions than answers.

During the course of this quickly moving thriller/mystery, the author creates several interesting characters readers are sure to enjoy. Among them is Kim, a journalism student, who appeals to Gurney to assist her in interviewing the Good Shepherd’s victims’ family members. Her goal is to sell the footage of the interviews to a national reality or news channel. Verdon ratchets up the intrigue along the way by creating a series of creepy, unexplainable occurrences at Kim’s apartment. Great suspense.

Dave Gurney’s wife and son play a major role in this tense tale. Madeline Gurney is a strong, silent woman who speaks most eloquently by what she does not say. As is the case with many couples, they communicate with their eyes and actions. Powerful stuff.

Gurney and his son Kyle, although not estranged, have a strained relationship, neither one willing to take the first step toward a traditional father-son connection. The bizarre circumstances surrounding the decade-long unsolved mystery provide the impetus for that issue’s resolution.

Let the Devil Sleep is a masterful bit of writing that builds to a surprising and satisfying climax. The tension and enigmatic situations created en route to the conclusion make this book a definite nail-biter. John Verdon’s writing skill might well cause him to become known as, “The Puzzle Master.”