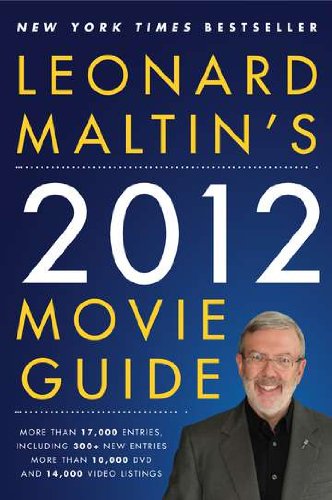 The intrinsic factor as to whether a book or movie is a success is quite subjective, and so it would follow that reviewing a book that is about reviewing movies poses its own set of challenges.

For every book or movie that gets two enthusiastic thumbs up, others will happily give it a big fat thumbs down. So as a little test to see where Mr. Maltin’s taste lies, I looked up a few well-received rom-coms to see how they rate.

Surprisingly, most of the audience favorites garnered only two and a half stars out of four. It was especially surprising to see two relatively popular titles: While You Were Sleeping and 13 Going on 30 receiving such a low score (which coincidentally is the same score Porky’s received), not to mention Mr. Maltin calling While You Were Sleeping “anemic” and 13 Going on 30 a potential “rip-off of Big.” At least Sleepless in Seattle fared better with three stars—but it’s suspected reference to the golden classic, Breakfast at Tiffany’s, helped sway favor.

Direction was then switched to the other extreme in regard to the worst movie ever made. Ishtar (which Mr. Maltin gave two stars despite his view that it was “flat” and unfunny) came to mind, but a more current and universally panned film was used: Gigli. Amazingly, Mr. Maltin somehow deemed it appropriate to give it one and a half stars, which seemed rather generous.

Although one-star ratings were difficult to locate, many ratings of “BOMB” were found, which was mostly made up of B-movies; however, given this genre’s massive level of cheesiness and the occasional, creative use of a fearsome rubber octopus, in many cases, at least one star would’ve been more accurate.

It was noted that Brat Packer Anthony Michael Hall’s movie, Johnny Be Good earned a “BOMB” rating. I’m sure many people would agree that it wasn’t that bad. At least people can say the title without grimacing, which seems to be the universal reaction whenever Gigli is mentioned.

Being a reviewer is a tough job. Though you attempt to rise above your own likes and biases, sometimes it’s not possible, and some things just don’t resonate with your deepest objective self. There are so many variables in a book or film that must work together in order to create successful cohesiveness. In both mediums—print and big screen—great stories are a good start, but unless they’re properly executed, success isn’t guaranteed.

Given the vast amount of information included in Leonard Maltin’s 2012 Movie Guide and the space constraints to keep it all contained in one behemoth of a volume, the small font is a bit challenging to read and the vastly reduced “reviews” are not informative enough to draw any definitive conclusions regarding their accuracy.