Left to Chance: A Novel 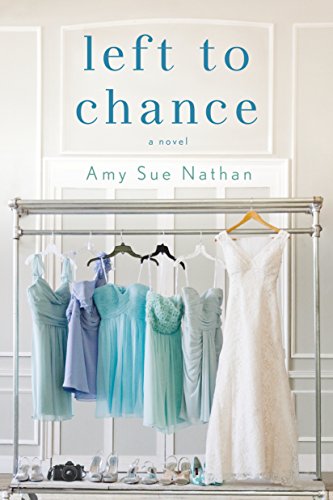 They say you can never go home again, and after being away for a long period of time, it can be frightening to go back. This is what Teddi Lerner is facing. Born and raised in the small town of Chance, Ohio, Teddi departed without a goodbye after the death of her best friend, Celia.

Teddi and Celia were like two peas in a pod since childhood. Closer than sisters, they shared an unbreakable bond. A third to join their group was Miles, who later became Celia's husband and father to daughter Shayna. Tragedy struck when Celia became ill and passed away. Her dying request to Teddi was for her to leave town and fulfill her dream of being a photographer.

Unable to bear the passing of her friend and alone for the first time in her life, Teddi vanishes without notice during Celia's funeral. But she remains in touch with Shay, who calls her "Aunt Tee." They email each other and do Facetime, and Shayna sometimes visits Teddi in Chicago for girl time.

Now, six years after Celia's passing, Shayna pleads with Teddi to return to Ohio to take pictures of her dad's upcoming nuptials. Against her better judgment, Teddi acquiesces only because she loves the now 12 year old.

In the time she's been away, Teddi becomes a well-known event photographer handling weddings and other festivities of celebrities taking place at her boss's various luxury hotels around the country. With her whirlwind career, she doesn't lay claim to a place of her own, always staying at one of the resorts.

With trepidation, Teddi returns at Shayna's bidding, feeling uncomfortable. She cannot fathom that Miles has gotten over Celia and is remarrying. Shayna welcomes Teddi with open arms, though Miles is somewhat aloof. She knows he does not forgive her for departing so abruptly, but how can she explain her flight was due to her overwhelming sorrow?

Teddi meets old friends and becomes a topic of conversation, which she abhors. Miles won't talk, and Beck, Celia's brother with whom Teddi once had a relationship, lets her know she is not wanted. She realizes something is amiss with both Shayna and Beck, though they won't confide in her, which breaks her heart.

Though there to do a job, Teddi determines she will find out what is wrong with with Shayna as well as apologize to Beck. His anger toward her hits her like a slap in the face with the following: "'I'm Miles’ best man.'

"'Wow, I had no idea.' The best man, who will be in all the wedding photos. My throat burned and my eyes stung as pressure built.

"'Of course you didn't. How could you? Miles and Shay are still my family. And Violet's great.'

"'You're damn right it's none of your business.'"

"'Don't look so surprised. You went away. Disappeared. The rest of us stayed and helped each other through everything. If anything, it made us all closer.'"

As Teddi grapples with intense guilt, grief, and rejection, she learns the truth about how her leaving impacted those who mattered to her. Though she made a mistake, she followed her best friend's wishes, and now she must make amends.

Written in the first person, Left to Chance has Teddi dig deep inside to deal with her feelings and loss and to come to terms with what she wants for her future. Offering insight into the emotions of love and sorrow, Teddi finds reasons to revamp her life and stop running away from it.