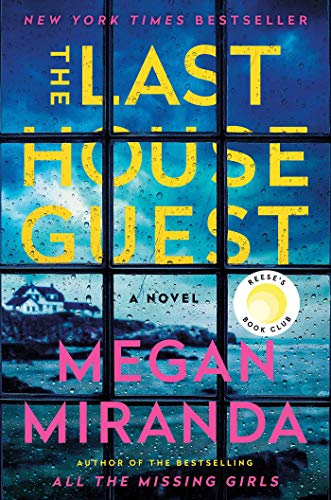 Avery Greer always thought she'd leave her coastal hometown of Littleport, Maine, but she is still there. When she was 14, her parents died in a car crash, from which her grandmother survived and raised her until six months before her high school graduation when she passed away. Wondering what her future will hold and having no income, she goes off the deep end and gets into trouble.

At age 18, she takes a job working for the Grant Loman. This is where she meets Sadie, daughter of a wealthy Connecticut family. They become best friends; this is uncommon, for locals don't mix with rich summer folks. Sadie's father takes Avery under his wing, buys her grandmother's house, pays for her schooling, and provides her with a position handling his income properties, which comprise most of the town. He also gives her carte blanche to their guest house as her own residence.

It's the end of summer, 2017 and the Lomans’ annual Plus-One party at one of their rentals known as the Blue Robin. Avery goes early to set up and texts Sadie as to her whereabouts and when she expects to be there, but she receives no response and her calls go to voicemail. When Parker, Sadie's brother arrives, she questions him, but he doesn't know where Sadie is, either.

By midnight, Sadie still hasn't shown and Avery is nervous. The police arrive with Avery believing they are there for a noise violation, though they are looking for Parker. They inform him Sadie's body was found at Breaker Beach by their main house.

Disbelieving, Avery runs to the site while party goers are questioned, thinking someone pushed Sadie pushed off the cliff. Avery, confused, searches for clues to uncover secrets not only about Sadie but the Lomans and her family, too:

"Inside, I found a canceled check—the one I used to transfer the money from my grandmother's account to mine.

"I brought the check to the computer, reading the numbers off, double-checking.

"The paper was shaking in my hand. Yes, yes, they matched. This was the bank. A Littleport branch.

"But I couldn't stop looking. Back and forth. The screen. The checkbook. Back to the screen.

"I leaned closer, holding my breath. Reading them twice.

"It wasn't only the routing number that matched. It was the account. One of the account numbers, one of the recipients of this money—it was my grandmother's.

"'Wait,' I said it out loud, though I didn't know whom I was talking to. Just. Wait.

"Every family has secrets, Avery. Connor had said those very words last night, but I had never considered my own."

The plot fluctuates between 2017 and 2018, concluding in 2019. The constant fluctuation between chapters discloses the background of the girls' friendship as well as Avery's life prior to meeting Sadie. Though a full-time resident of the town, Avery understands the vast difference between the locals and the summer people—a chasm hard to breach. She believes she is accepted by the Loman family, but is this all a ruse? Are they hiding things from her? Not everyone is truthful as Avery soon discovers, not knowing who to trust.

Key characters include Parker Loman, a charismatic and haughty figure who believes he is above everyone else and his snotty girlfriend Luciana. There also are Faith and Connor, both locals and old time friends; Connor was Avery's past love. To add to the drama, Detective Ben Collins is forever nosing around.

The divide between the classes is evident, yet not between the two young women. Townsfolk are rife with gossip regarding Avery and her connection to the Lomans. Miranda paints an exquisite picture of the rocky and expansive Maine coastline as well as the trappings of the well-to-do. Suspense is rampant while Avery is determined to get to the truth—even if it means she could be in danger.