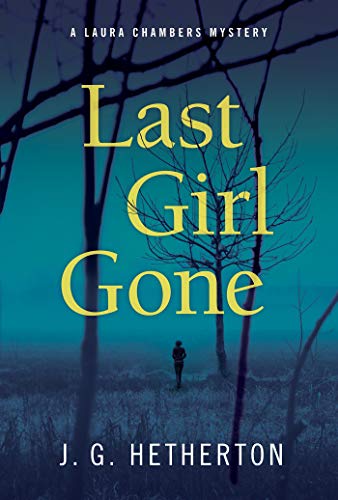 After committing a faux pas that cost her her job as a reporter for the Boston Globe, Laura Chambers is back in her hometown of Hillsborough, North Carolina. She fled many years ago, swearing never to return and is now working for The Hillsborough Gazette, the town paper, where her assignments are mundane.

Craving a front-page byline, Laura fights to win the story of two local girls gone missing. She hopes to prove to her boss and her contentious colleague she is the right person for this feature. Olive Hanson's body is discovered in a soybean field, but the other child, Teresa Mitchem, still needs to be found.

Laura knows she's the best journalist for this assignment, which could put her back on top. She meets with FBI Agent Timinski to compare notes, though she must keep his information off the record. Laura also picks the brain of her therapist, Dr. Jasmine DeVane, looking to get insight into a criminal's mind. DeVane is hesitant to talk with Laura because she is a patient, yet Laura promises not to disclose her source.

Back in 1988, ten-year-old Patty Finch ran away and was never found. Soon after, Susan Gilroy and two other girls disappeared. Receiving a tip about these old cases, Laura talks with now-retired Orange County Deputy Donald Rodgers, the head investigator back then. Going through his files and old newspaper archives, Laura gasps over the old headlines upon seeing the photo of Susan Gilroy who shares an uncanny resemblance to Olive Hanson:

"The [front page] picture was Olive Hanson rendered in black and white.

Laura double-checked the caption, confirming that this was indeed Susan Gilroy. Looking at the photograph was like looking at a ghost. Corn-silk blond hair. A narrow face ending in a weak chin. Sad eyes. A face that had seen violence and come to accept it, one that expected every adult was two seconds away from lashing out with a slap or a kick. The face of a little girl who had decided to pursue a strategy of blending into the background, hoping never to be noticed. A child who excelled at remaining invisible."

Could this past event somehow be linked to the present? Has the perpetrator, then known as "The Kid," laid in wait for so long or is this a copycat scenario?

More horror plagues Laura when her lover, Officer Frank Stuart, heads to an abandoned cabin in the mountains on a lead. She follows and nearly misses being shot, though Frank is brutally murdered. At a therapy session, Dr. DeVane urges her to talk about her encounter, but she refuses. Her thoughts are:

"Some hot part of Laura's brain went cold. It had been happening more and more lately, like flipping a safety switch. The terror and fear and anger and shame would swell in her chest and just when there should have been a climax, an explosion, her insides would turn to ice. She felt like a robot, but that didn't bother her. Anything to be free of herself."

Soon known as the town pariah, Laura is obsessed with locating the last little girl. She finds herself in a perilous situation and all hell breaks loose. This diabolical debut thriller offers more twists than winding country road and is sure to keep the reader on tenterhooks. Past secrets and evil are unlocked bringing home a chilling and unexpected conclusion. J. G. Hetherton is an author to watch.