The Last Daughter of York 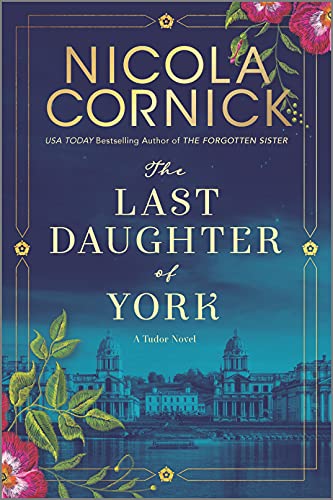 What is it about King Richard III, who ruled England for only two years in the late 15th century, that still fascinates thousands of people across the world? The Richard III Society, founded in 1924, regularly organizes lectures, conferences, and excursions, and it seems that every couple of decades there’s a flurry of new books about the final monarch of the Wars of the Roses.

Now comes The Last Daughter of York by the veteran romance novelist Nicola Cornick, taking a historical fantasy approach to the historical controversy.

About half of this novel focuses on a pair of bit players in the Wars of the Roses: Richard’s close friend Francis Lovell and Francis’s child-bride, Anne FitzHugh. Through time-travel and a magical lodestone, their lives intersect with those of the fictitious British twins Serena and Caitlin Warren in the present day.

Of course the real center of the story is Richard, a king many people believe has been unfairly maligned by history and Shakespeare. The traditional image—crafted by the Tudor dynasty that overthrew him—is that he was a hunchback who murdered his young nephews in his evil lust for the throne. In the counter-narrative accepted by many historians, Richard was actually a ruler of integrity who enacted amazingly modern and humane laws on bail, property rights, and juries, and who never killed anyone except on the battlefield.

The basic setting of the book’s 15th century chapters is accurate, although Cornick takes some license with Anne’s father’s political loyalties. Anne and Francis are “married” as children, separated, rejoined according to the whims of war and alliances, and gradually brought deeper and deeper into the treacherous maze of royal intrigue.

Not so historically accurate is the subplot in which a mysterious woman gives Anne the magic lodestone, which supposedly has been guarded by the Lovell family for generations. “It held the key to darkness and learning, but it also held a darker power from a time before Christianity,” the woman warns.

One of the stone’s powers is time travel. A number of characters in the book seem to be abruptly yanked out of their lives, only to reappear centuries earlier or later after having contact with the stone.

Apparently, this is what happened to Caitlin, who mysteriously disappeared one night when she was 17. As the novel begins, 11 years later, her badly decomposed body has been discovered inside a grave that was sealed shut in the 18th century. That shock finally begins to crack open memories that Serena had locked away.

For readers who like to couple the fact-based genre of historical fiction with the everything-goes mindset of fantasy, the plot is a page-turner in both of its time periods.

In fact, The Last Daughter of York takes a surprisingly sophisticated approach toward its key historical subject. While the portrait of Richard is largely sympathetic, Anne FitzHugh Lovell outlines a strong moral case against him at one point.

Still, if Richard III has been unjustly vilified for more than 500 years, he will need more than one magical lodestone—or book—to change public opinion.