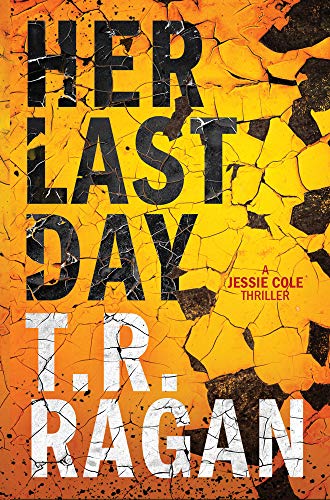 “a fast-moving thriller about a woman seeking answers and the man determined to help her find them.”

Private Eye Jessie Cole is not having a good week. Hired by a client to investigate a man stalking her, Jessie finds herself in jail when the man opens fire.

“‘He pulled out a gun and fired two shots at me.’

‘She was defending herself,’ her lawyer said.

Next, former love interest Colin Grayson wants back in her life. Jessie wants to keep it platonic, but she’s wavering.

“He’d broken her heart before and the thought of allowing him in again only for him to realize she wasn’t the one scared her to death.’

Colin is currently working on the Heartless Killer case, a particularly unnerving set of crimes because “this particular killer is fearless. He goes into people’s homes and takes victims from public places in broad daylight without being detected.”

Neither he nor Jessie know it, but they’ll soon both be working on solving the same case.

Between searching for Arlo Gatley’s missing schizophrenic daughter, worrying about her upcoming court date, and taking care of her teenage niece, Olivia, Jessie continues to search for Sophie, Olivia’s mother, who disappeared ten years before. “Not a day went by that she didn’t wonder whether her sister was dead or alive.”

Then Ben Morrison comes into her life, and things get more complicated. A reporter suffering from amnesia since an auto accident ten years before, Ben has seen Sophie’s picture in a news broadcast and tells Jessie he thinks he knows her. The problem is, he can’t remember from where.

“‘I happened to watch an old episode of Cold Case TV the other night when they aired your story. I’d like to conduct my own investigation on your sister’s disappearance.’

‘Why would you want to do that?’

There’s a possibility I knew your sister.’”

Though there’s something about Ben making warning bells go off in Jessie’s mind, she agrees to team with him to see if they can discover where he met Sophie and what happened to her.

Ben doesn’t tell Jessie of the hallucinations he has, or the images that seem all too real, not daring to let anyone know the bits and pieces of memory slowly returning.

“‘You’ve been a crime reporter for twenty years. That coupled with the head injury has surely messed with your brain. It’s a wonder you haven’t been having flashbacks for years.’

Ben said nothing. She had no idea about the random images he’d been seeing, or how often.”

Before they’re finished, everything will come together in one horrendous clash which will give answer some of Ben’s questions, help Colin find the Heartless Killer, and solve all Jessie’s cases, but not to everyone’s liking.

With its many plot threads, this is a very complicated story. In fact, there’s so much going on, it might’ve been better if a couple of subplots had been deleted and made into a second novel. As it is, there’s more than enough action to satisfy any thriller fan.

One thing, however, is certain, from the moment Ben Morrison walks into Jessie Cole’s life, it’s a done deal that things are not going to turn out well for someone.

T. R. Ragan has created a fascinating set of characters. Jessie is a hardworking, sincere woman, trying to give her orphaned niece a normal life. She truly loves the missing Sophie, in spite of the truths she learns about her.

Because of Ben’s ignorance of his former life, he evokes sympathy in the reader, who will sense he has more to do with Sophie’s disappearance than he knows. His determination to discover the truth no matter what makes him such a likable character that even after the smoke has cleared and his memories still remain in limbo, there’s hope he’ll still be a part of Jessie’s life.

Unlike the usual ex-lover who turns out to be a cad and remains that way, Colin Grayson learns from his mistakes and now truly wants an honest relationship with Jessie. His appearance whenever she or her niece needs someone goes far in establishing him as someone sincerely concerned with Jessie’s welfare.

Her Last Day is a fast-moving thriller about a woman seeking answers and the man determined to help her find them.