The Lantern: A Novel 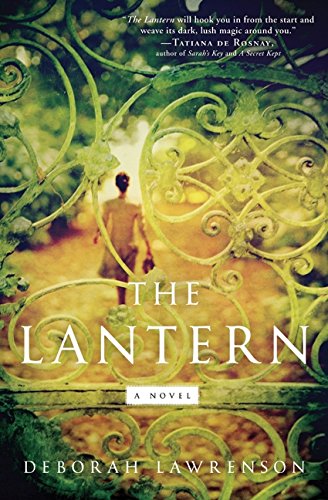 “The Lantern is a marvelous sensory experience, a cloud of sight, sound, and scent to sink into with a sigh of delicious, shivering pleasure.”

Set in contemporary Provence, The Lantern evokes all the atmosphere of a classic gothic romance with its gorgeously moody descriptions of a region the author clearly knows well. As in Daphne DuMaurier’s Rebecca, the first-person narrator struggles with the sense that her new husband’s first wife still haunts their marriage. Author Deborah Lawrenson adds another ghost story to the mix, this one tied to the ancient farmhouse the couple is restoring as they live in it.

Eve, a young Englishwoman, is swept off her feet by Dom, a fascinating older divorcé who persuades her to marry him and move to an isolated village in Provence. Madly in love, she never questions her husband’s reluctance to speak about his ex-wife Rachel; however, when a woman in the village claims to have been Rachel’s friend and probes Eve for answers she can’t give, Eve begins to wonder. When she presses Dom, he evades her and withdraws. She could interpret that as pain about his failed marriage or something more sinister.

The house itself, Les Genévriers, becomes part of the mystery as Dom and Eve begin renovations and stir up old ghosts. One of the previous owners of the house, Marthe Lincel, was a famous creator of perfumes who disappeared under mysterious circumstances. Her sister Bénédicte’s spirit seems to still inhabit Les Genévriers, and her story begins to interweave with Eve’s.

Throughout the story, author Lawrenson uses her lush way with words to heighten the sense of unease. Her descriptive prose wraps the reader in a fog of sensual experience as in this passage:

“It was one of those days so intensely alive and aromatic, you could hear as well as smell the fig tree in the courtyard. Wasps hummed in the leaves as the fruit ripened and split: globes of warm, dark purple were dropping, ripping open as they landed with sodden gasps. I remember it all so vividly. The pulse that pumped out the sweet, heady scent was quickening as I bent down to pick up the fallen figs, then pulled them apart to find insects already drunk on their scarlet hearts.”

As the book progresses, the ghost’s story swells into prominence, which can occasionally be frustrating to the reader as one story interrupts the other. But the tragic tale of the blind perfumer, her wastrel of a brother, and Bénédicte, the stay-at-home sister, brings the past days of the old farmhouse to vivid life. These sections of the narrative are saturated with the scents of the region: of the fields of “corded purple” lavender scythed for the perfume factory, of heliotrope which smells of “cherry and almond and chocolate and vanilla,” of roses, thyme and mint, and of the signature perfume Marthe concocted.

The two tales, past and present, intersect when a gruesome discovery is made as excavations for a new swimming pool are begun. Suspicions grow and multiply in Eve’s mind as the police question her husband about the disappearance of several young women in the area.

At times, atmosphere seems to take precedence over character development. Dom, in particular, suffers from a lack of substance after the first, intriguing meeting at Lake Geneva. His air of mystery lies mostly in his absence, as he shuts himself up in his music room or takes long solitary walks. He never quite achieves the sort of dark power a gothic protagonist requires, and so the story cannot generate a truly compelling sense of danger to the young, naïve heroine.

Mostly, though, Ms. Lawrenson does such a brilliant job with her evocative prose that the reader can fill in the characters’ occasional blanks. The Lantern is a marvelous sensory experience, a cloud of sight, sound, and scent to sink into with a sigh of delicious, shivering pleasure.