The Language of the Game: How to Understand Soccer 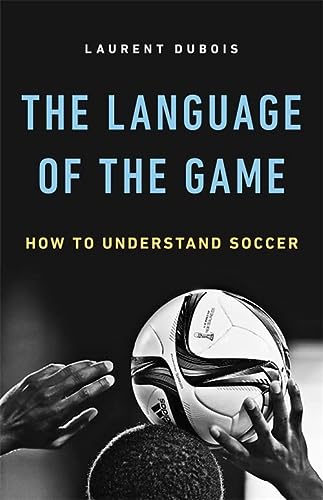 Sports fans around the world are effusive in their adoration for the “beautiful game” of soccer. Laurent Dubois in his new book, The Language of the Game: How to Understand Soccer, adds to this unremitting praise. Soccer, he tells us, is “life,” “endless” and “sensual.” Not bad for a simple game.

Dubois divides his book into seven chapters, each devoted to the necessary participants in the game—from goalies to fans. He writes poetically about the goalkeeper, the only player on the pitch who turns his back on the goal he is assigned to protect. The under-appreciated keeper is usually blamed for a loss and rarely credited for a victory. The exception is when the goalie stops a penalty shot, success which is often the result of luck combined with a full measure of skill.

The defenders are the most invisible players on the pitch. They rarely, if ever, score goals. They deflect scoring chances, but it will be the goalie who will get the credit for success when the opponent’s goal total is “nil.”

By comparison, the midfielders direct traffic on the pitch, setting up forwards for goal chances. They may score, but their value is in the assist. Once again, Dubois is exuberant in his praise for the most brilliant of soccer’s midfielders. Their playing, he reminds us, is “often breathtaking” and even “spiritual.”

The forwards or “strikers” are the highly paid stars of the game because they are the primary goal scorers. Dubois admits they can seem “arrogant and narcissistic,” but, based on his discussion, they deserve their elevated status as the “authors of goals.” Even a nonbeliever in the sanctity of soccer knows about the mastery of the great Argentinian, Diego Maradona.

Dubois’ glorification of soccer is evident on almost every page of his book, and he exhibits his command of the history of the sport. The intensity of his love mirrors that of soccer fans across the world. That is why it may be difficult for fans to accept the vile and nefarious aspects of the world’s premier sport.

The old men who ran FIFA (Fédération Internationale de Football Association) have proven their thievishness and corruption. Equally despicable is FIFA’s inability to keep the “beautiful game” free of racism. Such repeated demonstrations of bigotry have no place in this great sport. Finally, the zealotry of the fans has resulted in communal violence before, during and after the matches.

Language of the Game is a paean to the world’s most popular sport. As such, true fans—and there are billions—will find Dubois’s testament a first rate and comprehensive devotional. For those who see in the sport the yin and the yang of society, the book is an essential hymnal.

Few understand why Americans stands alone outside the orbit of soccer. Americans love sport much like the rest of the world. They find their own pastimes—football, baseball and basketball—to offer a full plate. Hockey edges towards inclusion, but it is a Canadian import.

None of these contests are without blemishes. Football collisions—the heart of our favorite sport—slowly destroy the mental capacity of those who play the game at the highest level. Baseball can be so boring it makes soccer seem frenetic by comparison. Basketball is played by men and women who are so tall—the current vernacular refers to them as “long”—that average-sized persons cannot really compete passed the high school level. Each sport, however, has its adherents, and the literature on each extols its virtues.

Both as a player and a spectator, sport is a wonderful diversion in life. Maybe it is best to take the approach of Professor Dubois and remain immersed in its artistry and not its flaws. Thinking about the dark side of sport can be enervating.