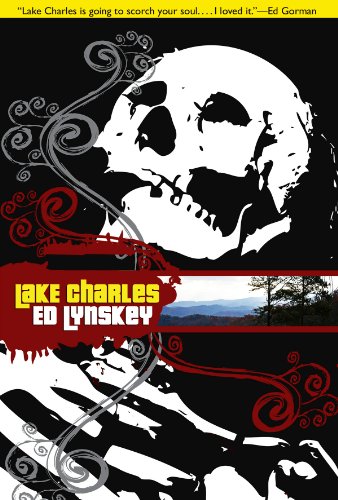 Brendan Fishback and his best friend, Cobb Kuzawa head to their favored fishing hole at Lake Charles, Tennessee. Brendan’s twin Edna, estranged from husband Cobb, joins them, planning a reconciliation, but during the drive, she and Cobb cannot stop sniping at each other.

Brendan would like them back together, but all he wants to think about is snagging fine bass, downing tall cool ones, and getting his mind of his current problem: his arrest for the murder of Ashleigh Sizemore, a snotty rich girl he had picked up several months prior. They had gone to a seedy hotel for sex and dope, and Brendan had awoken to find her dead. Though the official cause of death is deemed an overdose of PCP, Ashleigh’s father intends to hold Brendan accountable.

When Brendan had fallen asleep Ashleigh was still alive, but he is no match for her father with his alleged mob connections and political aspirations. The judge has let Brendan out on bail and he is now determined to enjoy fishing and put his impending future out of his mind.

While the guys slop through algae-laden water to launch their boats, Edna shows off on her jet ski until they ask her to stop scaring away the fish. Several hours later, their outing goes from bad to worse. They don’t catch any fish and, as dusk descends, Edna does not return. Fearing for her safety and the rumors of mob-run marijuana fields surrounding the lake, both men wonder if Edna had an accident on the water or was captured by a mobster.

A fruitless search and darkness force the guys to camp for the night, anxious to resume their search at daybreak. Their theory about mob activity and Edna’s kidnapping becomes plausible when a shootout ensues the next day.

This riveting noir sucks the reader into its murky depths till goosebumps form—even interspersed with the sultry and sticky description of the southern locale. The taste of corruption is sure to whet the appetite of suspense and thriller aficionados, and the local vernacular is right on target.