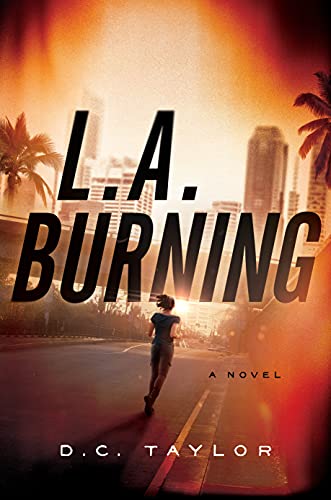 “Taylor takes the reader on a good journey before letting the truth of the story unfold, and the reader will be grateful for the ride.”

Cody and Julie Bonner are identical twins in appearance, but not in personalities. Julie is smart, a lawyer, and dead. Cody is smart, a criminal, and in prison.

As author D. C. Taylor’s story begins, Cody is being released from a five-year prison sentence for robbing a bank, and she has one and only one goal in mind: to find and destroy Julie’s killer.

Although Julie and Cody painted their lives with different brushes, their love and attachment to each other never waivers, even in death. Their mother, Karen Bonner, is an A class movie actress, and the girls had everything one could wish for. Julie took advantage, Cody did not.

When Cody is released from prison she returns to a life of luxury, and although her mother loves her, there is still a space between them that can’t seem to be filled.

Taylor takes the reader through scenes of high tension as Cody begins to uncover where and how her sister was murdered. It doesn’t take long for her to find her primary suspect in Harry Groban, one of Hollywood’s top agents; Groban even has Karen Bonner on his list of clients.

As her search ramps up, Cody reconnects with several high school classmates who each move in the ranks of professional filmmakers. In particular she rediscovers Curtis Whyle whom Julie nicknamed Wile E. Coyote for his behaviors as a classmate. An attraction between Cody and Curtis is kindled, and yet as she uncovers secrets about Julie’s life just before she died, and the role that Harry played in it, one thought continues to wander through her mind. Trust no one. It’s a lesson learned in prison and one she carries with her throughout the story. As much as she is drawn to Curtis, she does not share all of her thoughts with him.

Taylor writes good, believable scenes with Cody seeking and discovering information about Harry—information that she plans will put him behind bars for a very long time. To do this, she calls upon Curtis as well as her old classmates: Terry Gwinn, Mark Siegel (the “Gwingel” boys), and Brandon Tower. Everything she discovers moves her closer to Harry Groban.

But of course, a good thriller would not be good if there weren’t some other activity creeping into the story, and that other is Detective Aaron Steckley. He’s followed his own set of clues about two bank robberies that occurred five years earlier, and those clues have set him on Cody’s trail. He just needs her to screw up one time and lead him to the final picture and he will put her back in jail where she belongs.

Unaware that he has bugged her car and is tailing her all over Hollywood, Cody continues her pursuit of Harry Groban, while Steckley’s pursuit of Cody is tightening the ropes around her neck.

Taylor is exceptional at developing characters—some vile as in Jimmy Lasker, a high-priced pimp who calls himself a facilitator; and Harry Groban, a power-player who knows how to hurt women. Then the others of consequence, or not, such as Terry, Mark, and Brandon. And there is Tony Riordan, Julie’s once-boyfriend whom she removed from her life for no apparent reason. As Taylor spills out more about each of these characters, the reader begins to wonder if Cody is going down the right or the wrong path.

Even his tertiary characters—Karen, the mother more concerned about her career than her daughter; Kiera, Cody’s neighbor and once Julie’s friend; and the women Julie became involved with in her own pursuit of justice—are developed well enough to allow the reader to wonder if there is more information on the next page.

The pace of L. A. Burning moves well right from the beginning but ratchets up with a hot scene of a massive fire burning through L. A. and a shooting stand-off that would put today’s Hollywood to shame. Taylor takes the reader on a good journey before letting the truth of the story unfold, and the reader will be grateful for the ride.

L. A. Burning is movie material in both its pace and content. Hard to put down and one that should be on everyone’s reading list.