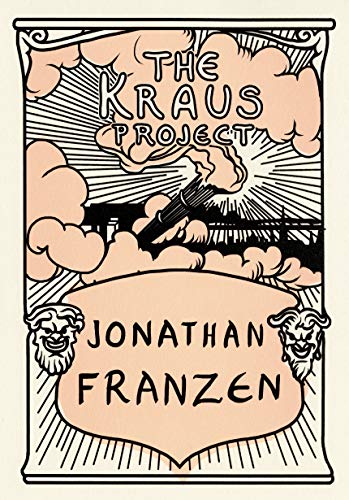 This essay collection includes two other essays on Heine, an essay on the Austrian dramatist Johann Nestroy known for his comedic plays, and a single poem at the end. In the Heine essays Mr. Kraus disparages a popular literary figure, and in his Nestroy essay he seeks to bring attention to an under-appreciated writer.

In a style that can only be called Kraus-ian, Karl Kraus attacks the critics and an unthinking audience with a mix of wordplay, cultural references, and a white-hot ferocity. One sees aspects of this ferocity and wordplay in Dicta and Contradicta, a collection of his aphorisms published in 2001 and translated by Jonathan McVity. It is a great opportunity for these Karl Kraus essays to be available in English, since the reader can experience how the author inserts these aphorisms into the long-form and short-form essay.

Besides literary figures, Mr. Kraus uses the essays to speak about other topics he considers important including the degradation of language from the mass media, runaway industrialization and its dehumanizing effects, and the incestuous relationship between mass media and modern politics.

At the time, Mr. Kraus used his self-published magazine, Die Fackel (The Torch), to expose his small yet loyal audience to his opinions and ardent prose. This audience included W. H. Auden, Walter Benjamin and Bertolt Brecht among many other literary, cultural, and philosophical heavyweights. In more modern times, cultural critic Clive James wrote an entry on Karl Kraus in Cultural Amnesia, a paean to fin de siècle Viennese intellectual culture.

The trouble lies with Jonathan Franzen and a case of overlong footnoting. He is the popular novelist using his name to bring Karl Kraus more exposure. These good intentions are marred in its execution.

While the cover and interior page design takes inspiration from Die Fackel, the footnotes break the flow of the Mr. Kraus's essays. They even overwhelm them at several points, the essay disappearing beneath Mr. Franzen's penchant for taking a relevant point and turning it into a long-winded autobiographical peroration.

A better strategy would have been to include a separate introduction and conclusion to Mr. Kraus's essays (there are neither) and a standalone autobiographical essay. What's the point of reading Karl Kraus when one has to maneuver around distractions and the annotator's own self-importance?

This shouldn't be mistaken for Mr. Franzen's abilities as a translator, which are exemplary. He also translated Spring Awakening by Franz Wedekind.

The greatest irony of the project is Mr. Franzen himself. While his love for Karl Kraus's apocalyptic satire, he is closer to a Heinrich Heine figure in American literary culture. “Have you read Freedom?” seems to be the common currency among the fashionable, right after recalling tales of standing in line for a new smartphone.

At least Mr. Franzen's cultural cachet has created a rewarding reading experience. This is because he has two other collaborators, the Kraus scholar Paul Reitter and the Austrian author Daniel Kehlmann. Mr. Reitter illuminates the more obscure personalities Mr. Kraus is referencing, and Mr. Kehlmann brings perspective from the Austrian perspective (not to be confused with the German perspective).

Although there are times when all three come to the conclusion that they “don't know what the hell he's talking about,” it is refreshing to see translators and scholars admit they are flummoxed by an expression or turn of phrase. Mr. Kraus is notorious for his wordplay and sometimes the exact meaning gets lost.

Karl Kraus remains a relevant cultural figure, albeit one who remains mostly obscure. His idiosyncratic writing style and his ferocious passion against the degradation of culture by the mass media make him especially important. One sees this every day on social media websites with leftist idiots haranguing against right wing idiots. Yet no one seems to have the common decency to call out the idiots on both sides for fear of being called a hater.

But for those who appreciate that literary culture must be preserved and who wish to avoid the deleterious effects of creating an idiocracy, The Karl Kraus Project is an excellent anthology of witty prose, astute analysis, and frenzied rage.