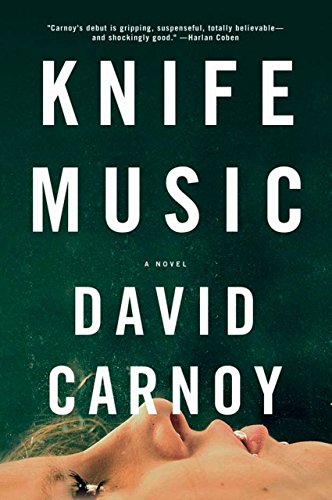 A flow chart is a requirement if one wants to maintain the connections in this old-fashioned plot about the innocent who must prove their innocence. In his mystery novel, Carnoy hammers his reader in the first few chapters with over twenty-five characters, leaving one to wonder who is important and who is not. Unfortunately, most of them do not contribute to the development of the plot.

The reader is introduced to Detective Hank Madden as he watches his kid pitch. We are told the detective has a bad foot, and it’s taken him 14 years to make detective grade. The relationship between the father and the son, the bad foot and his job, are not developed as plot elements. The bad foot issue pops up again later but not as a hindrance to working the case. It and the boy simply exist. Neither lend themselves to the development of Madden’s character, which should be crucial to the story line.

Madden, we are told, has a negative bias toward doctors because one sexually molested him when he was a child. “No, raped,” as Madden puts it. It becomes his underlying impetus for pursuing Dr. Ted Cogan.

Dr. Cogan is introduced as he prepares to perform life-saving surgery on sixteen-year-old Kristen Kroiter whom he is, six months later, accused of raping. This twist in events comes about when Kristen’s mother finds a diary in which Kristen claims she had consensual sex with Dr. Cogan. After an explosive argument with her parents, Kristin commits suicide. Consensual or not, she was underage.

However, an astute reader will know by page 160 if the doctor is guilty. It’s all down hill from there.

Pages are devoted to chats with nurses, other doctors, tennis partners—all of which appear to be an effort to develop the character of Dr. Ted Cogan. And they do in an off-handed sort of way. He is portrayed as a good-looking, charming womanizer. Yet we don’t see that in action so much as in description.

Excerpts from Kristen’s diary are interjected as dated entries in one chapter. In the middle of these we find a lawyer interviewing a person to gather information in the defense of Dr. Cogan. It left this reader to wonder about the shift in point of view.

The author loses the opportunity to build tension between Madden and Cogan, which would have gone far in developing the conflict and building suspense in the story line, which lacks luster. At times the author seems possessed with pouring in technical medical detail in an effort to authenticate his main character.

The last third of the book almost moves into the realm of high mystery. It’s fast paced, and teases the reader into to speculating that perhaps an earlier guess could be wrong.

Overall, it takes the author too long to get his story moving. Knife Music smacks of potential talent, and one hopes Mr. Carnoy’s next novel will demonstrate his growth as a writer. The talent is there; it simply needs to be honed.