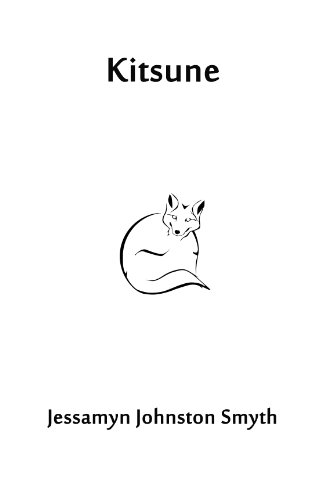 The chapbook is an odd genre composed of small groupings of disparate pieces.

While full books of poems contain enough of such pieces either to create several such groupings or form a loose sort of arc, for a chapbook to work best, it should hew to a theme that makes a whole of the work. The disparate pieces need to come together in some strong and tangible way. Perhaps that method will relate to the poems’ form, as in sonnet sequences, or perhaps to their theme.

The theme in this case is a failed romance, but one that has been likened to possession by a fox-spirit of the kind found in the myths of many cultures. The Japanese kitsune is a vampire of sorts said to enter at the breast or under the fingernails of the unfortunate female victim, who can only be freed if the spirit accepts a bribe of something sweet or valuable. Otherwise it may destroy her.

The poems have in common not only their theme of a romance figured forth as a mythic possession, but also their shape from classical Greek drama. The work is interspersed periodically with a chorus-like commentary, pieces that act as dividers, breaking the work into parts: parados, the ramp via which the chorus and actors entered the stage in classical theater; stasimon, a song the chorus would sing after taking up its position in the orchestra; kommos, a sort of aria in which the main character lamented the tragedy, featuring a rhythmic beating of the head and breast in mourning; exodos, the final scene or departure of the actors in a tragedy.

These particulars are interesting and curious, but most importantly, the poems themselves stand up under all this apparatus, presenting in strong and lyrical lines the plaint of the fox’s baffled victim, when she describes in the poem “Unshakeable” “something very like love/but harder to escape.”

Occasionally we are offered also the fox’s own perspective on human love, which is as strange and ultimately inaccessible to him as he is to his victim.

These poems tend to complicate the mythic dynamic of the possessor and possessed.

In the poem “Carnivore,” the female speaker imagines herself victimizing the victimizer, their sexual act a form of predation. She sits, like the calico cat watching a squirrel on a branch above her, thinking “Fall you bastard,/[. . .]Undomesticated. For once, just let go.” There is no real victim or victimizer here. Both parties are wild creatures of their sorts. Both prey on each other.

I cannot think of another work quite like Ms. Smyth’s, embracing both the cerebral and the emotional, fastidiously observing both what is within and without.

In a world inundated with every manner of verse, it is a book worth reading.