The Kingdom: A novel 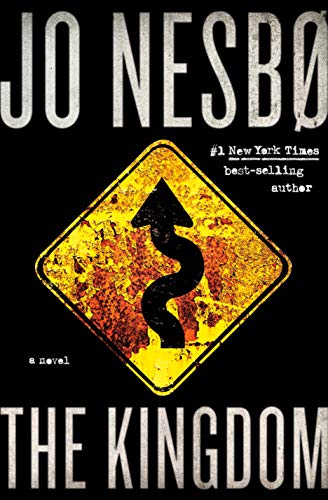 “Nesbo is always a great storyteller. The world he depicts is bleak and potentially depressing, but he presents it with relentless power.”

Jo Nesbo’s Harry Hole series is among the darkest works in the Norwegian noir genre. His new novel, The Kingdom, a stand-alone work, is a lengthy saga of the intense relationship of two brothers in a small, remote Norwegian town.

Roy Opgard, the narrator, has lived alone for 15 years in the town where he was raised. As the eldest son, he inherited 30 acres of barren hillside land. To make a living, he manages a service station. Now after 15 years, his brother Carl is returning home from Canada where he supposedly has become a business success, bringing with him a wife and the dream of building a resort hotel, which will rejuvenate the dying town. Carl’s wife, Shannon, is equally invested in the project. She is the architect for the hotel.

Although they have been separated for years, Carl and Roy share a powerful bond of love and loyalty as well as a history of violence. The shame Roy felt for not protecting Carl from an abusive father led to the brothers’ first murders. After Carl returns, the body count rises, all in the name of family loyalty. Shannon is privy to the brothers’ secrets and shares their lack of conscience. Eventually, she also shares both brothers.

Carl may be a good salesman, but he is not a good businessman. He had to run away from a string of unpaid debts in Canada and now is in trouble in his hometown. The cost of the hotel project keeps rising, and Carl is forced to take loans he can’t possibly repay. Then there is a mysterious fire that necessitates rebuilding. Shannon is furious that her beloved plans for the hotel have been compromised.

Carl is an extrovert with the gift of talking people into his schemes. Roy is an introvert. His dreams are simpler. He wants his own service station, which will only come if the hotel brings tourists into the town. Unfortunately, he also wants Shannon. One aspect of the bond between the two brothers is that Roy can only feel strongly for his brother’s women. At one point, he quotes French American philosopher René Girard, who has written that people are only capable of desiring what people around them desire. The actions of the characters in The Kingdom support Girard’s theory of mimetic desire. Both brothers are sociopaths, incapable of feeling remorse for their actions.

Since Roy narrates this long novel, the reader sees more into his thoughts. He is a man who has narrowed his life to his job and his love of native birds. Once in a while he responds to the natural world around him. In many ways, The Kingdom shows the influence of existentialist novelists like Albert Camus as well as Girard’s ideas. At one point, Roy says that the only comfort one has in life is the knowledge that nothing has meaning. Like Shakespeare’s Macbeth (Nesbo has written a powerful contemporary version of Macbeth), the Opgard brothers seem caught up in a vortex of violence. Each crime leads inevitably to another. While Roy, Carl, and Shannon are the agents of horrific crimes, their victims are far from innocent. The only potential good guy is the mustachioed sheriff, Kurt Olson, dressed like a character out of a western and doggedly in search of the culprit who killed his father.

The Kingdom starts slowly, but one gets enthralled by Roy’s detailed narrative of his bloody family. His narrative jumps back and forth in time, but the selection and arrangement of events offers a vivid picture why Roy acts as he does. Nesbo is always a great storyteller. The world he depicts is bleak and potentially depressing, but he presents it with relentless power. There are moments when the narrative gets a bit far-fetched and it becomes clear that a stretch of guard rail on a hairpin curve would have radically changed the story. Still, the contrast between Roy’s calm narrative and the horrors that take place give this saga of intense love and betrayal enormous tension.