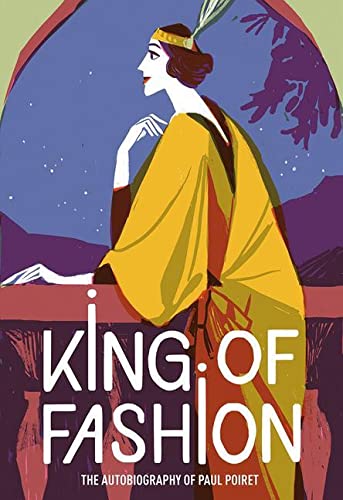 King of Fashion: The Autobiography of Paul Poiret is a book meant for those who are inclined toward fashion history. Paul Poiret was probably one of the most famous, influential, and innovative of designers of haute couture starting at the turn of the 20th century.

King of Fashion paints a picture of Paris far removed from the city we now think of as a fashion capital. Poiret was a motivated young man who knew that fashion was in his blood. His recollections are heavily laced with so many names and so many designers of that early fashion era that it might be impossible for any reader to recognize them all but the well-read among us will know enough of them to understand the roots of Paul Poiret.

Fashion and designers of that era were evaluated and created their clothes using a totally different mindset from our present-day designers, and yet the parallels are blindingly apparent that things might not have changed all that much in over a century of fashion. One always needs to look back to understand what is happening now, but that is what the astute reader will be able to extract from King of Fashion.

This book has been translated from the original French to English but has been done so seamlessly that one never thinks it was written in any language other than English. It’s a very contemporary easy read and offers the reader a trip back in a time machine of sorts, which is remarkably interesting without being dry or overly informative. What also must be kept in mind is that this diminutive autobiography is 100% text and therefore must be read to be appreciated.