The Kindest Lie: A Novel 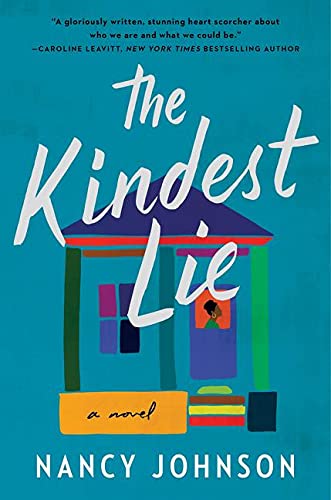 It’s 2008, Barack Obama has been elected president. Ruth Tuttle and her husband Xavier are excited about what lies ahead for them. Accomplished and successful, they look forward to a new townhouse on Chicago’s South Side, and a luxury car “that could easily seat eight.” They are a Black couple who have made it in a white world. But one of them has a secret that puts their marriage at risk.

Ruth, we learn on page one, gave birth to a baby boy when she was 17. She has not told her husband, who desperately wants to have kids. Ruth isn’t so sure, and his pressure to start a family opens a Pandora’s Box for Ruth and sets the stage for the story.

Ruth and Xavier argue because when she confesses the birth, he can’t believe she didn’t trust him enough to talk about it. She justifies herself by claiming lack of courage. Then, impulsively, she leaves for her family home which she hasn’t visited since her wedding four years ago, even though Christmas is coming.

Thus begins a flawed story about family, race, class, and “the American dream” as one critic put it.

Ruth, an engineer with a Yale degree, is smart, beautiful and self-centered, a trait revealed early when she is defensive with Xavier regarding her past. Why, one wonders, wouldn’t she share an event of that magnitude with a life partner? Would she really leave an essential discussion to return to her roots, unannounced, after a four-year absence?

The idea of having a child with a husband she loves spawns an obsessive, selfish desire in Ruth to find her son and to know who has raised him for 11 years. In the course of that belated quest, she bonds with a white boy who comes perilously close to being stereotyped as the bad kid with a good heart. She reunites with her high school friend as if only days had passed, and she vacillates between deep affection and profound animosity toward the grandmother who raised her, and whom she calls Mama.

She also tries to get Mama, who hid her during her pregnancy and helped her birth her child, to tell her what happened when she took the newborn away and gave him up for adoption so that Ruth could begin her scholarship at Yale.

Days pass. Ruth visits old friends, supports the boy she has befriended, reconnects with her brother, and her past life. What she doesn’t do is call Xavier. Days turn to a week and longer as Ruth’s compulsion to find her son grows.

She begins to sleuth. With the help of a lawyer friend she discovers that her son was likely handed over to a couple in a backdoor arrangement brokered by a dishonest lawyer. When she confronts Mama with the painful truth she has unearthed, Ruth is furious at the elder whose past decisions were meant to protect her beloved granddaughter and ensure her future in a wider world. “I am not a child who has to follow your orders!” Ruth shouts. Mama is crestfallen. “I was trying my darndest to give you kids the best start in life I could,” she says. “You could have been anything you wanted to be in the world. But not with a baby.”

Through a series of events, one of them deeply traumatic for everyone involved, Ruth realizes who her son is and who has lovingly raised him. In a disturbing sign of her selfishness, after 11 years of never looking back, she thinks of reclaiming him, without wondering what that would do to a child happily living with the only family he’s ever known. Worse still, in the midst of a terrifying experience, she tells her son that she is his biological mother. It’s a stunning moment, unnerving in its cruelty. It’s all about Ruth, and it always has been.

The story ends with facile reconciliation and metaphorical group hugs. All is forgiven. There’s a love fest and life continues, with Xavier serving as the deus ex machina. Ruth has an epiphanous moment and realizes her son belongs where he is, marveling that it took her 28 years to become a mature adult.

An editorial note explains that Nancy Johnson wanted to write a book that portrayed “the complexity and nuance of Black people, to show the full range of our humanity and experience.” Critics claim that the book is “essential, powerful and wrenching.”  But while it provides a glimpse of racial travesties along with familial and class clashes, there is nothing new or nuanced adding to what we know historically and in this time of heightened awareness.

What we are likely to remember about this story is a selfish character and stereotypes that do little to enlighten.