This Is A Kenneth Cole Production 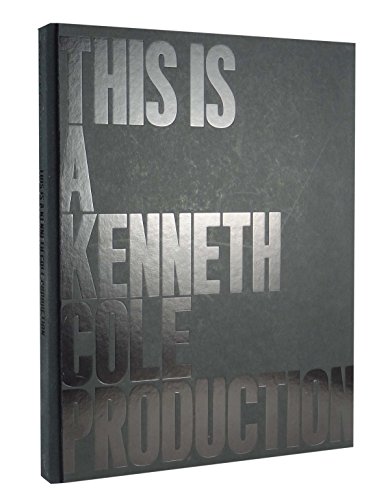 This is not your run of mill fashion book. No matter how you examine this incredible book, the end result will always be the same: Kenneth Cole is one helluva guy who built an amazing brand by going his own way and speaking his own mind. The reader must have a respect for anyone who builds an empire from square one by following his own instincts.

This Is a Kenneth Cole Production is an amazing visual chronicle or diary that traces the origins of a brand to its mega presence in the world of fashion. Compounding the contents of the book is its physical presentation as well as its immaculate layouts and remembrances of how the Kenneth Cole brand came about.

The book is as much a celebration of the evolution of the brand as it is a celebration of its founder who is to be lauded for his social activism, his sense of humor, and his ability to go against all constructs of what would be considered “normal” advertising. He singlehandedly turned advertising into more than a buy-me proposition; he spoke to the current moods of this country, including issues that so many wanted to sweep under the rug.

If one is judged by the company kept—Bill Clinton, Robert Redford, Diane von Furstenberg . . .—then Mr. Cole can be assessed as much more than just a merchant as his short roster of contributors speaks volumes about the character of a man who catapulted his product range into an empire.

The text is reasonably terse and interesting, but it is the visuals that take center stage. As any advertiser will tell you, name recognition is the key to product sales and without question and really without much competition, Kenneth Cole remains true to his original intuition and original modus operandi.

This Is a Kenneth Cole Production is both educational and instructional and certainly entertaining to all those who have an interest in fashion as well as those who need to learn about the development of a product from inception through advertising and purchase.