The Tunnel (A Danny Katz Thriller) 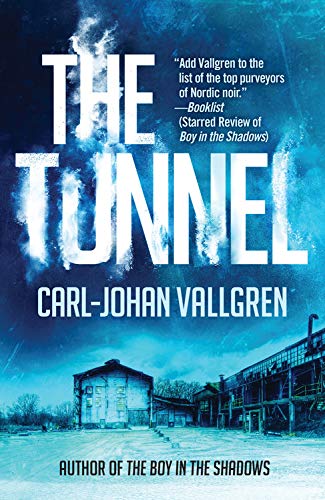 “suspenseful, gritty, well plotted and written, but not a pleasant book to read. . . . ultra-realistic crime fiction.”

If Hieronymus Bosch had been a writer instead of a painter this is the novel he might have written. The Tunnel by Carl-Johan Vallgren rips away the façade of civilized behavior to reveal the foul underbelly of Swedish society. Whereas Bosch painted demons torturing sinning humans, Carl-Johan Vallgren reveals man as the demons torturing the often innocent human beings as he paints a picture in words of drug cartels, human trafficking, murder, money laundering, and unspeakable pornography.

Former military intelligence officer, as well as former heroin addict, Danny Katz is now a private investigator who, in addition to his linguistic gifts, is also a skilled computer hacker. He is an anti-hero who is not above a little breaking and entering, lying, and violence if the circumstances call for his extra-legal talents.

When Danny finds his former friend and drug dealer Ramon dead of a supposed drug overdose, and his girlfriend Jenny gone, Danny is suspicious. “Ramon is too experiences to overdose.” There is another anomaly: “If Ramon was left-handed, the syringe had been in the wrong arm.”

Ramon had recently come into money, enough to brag of setting up his own distribution network, but there is no money found at the crime scene. Besides, where would a junkie whose heroin habit has left him emaciated and barely able to function get the money to invest in a drug network? And where was Jenny? How has she disappeared so completely? There is no trace of her as the various homeless shelters, and the street prostitutes, particularly one named Mona, claim not to have seen her.

Danny contacts Eva Westin, a former addict friend, now clean and a prosecutor, to ask about police reports and Ramon’s autopsy. Ramon’s has been dismissed as just another junkie death, with no testing of the strength of the heroin that killed him and a minimal autopsy. One oddity is the fact that the only mentions of Ramon in the police data base are cases from ten years ago. Danny is surprised. “Ramon had been dealing; there should have been something on him fairly recently.”

In his search for Jenny, Danny finds a singularly disgusting pornographic DVD in a sex shop that features Jenny as the main act—or rather the object of the film. Danny tracks down the producer who made the film, but a muscle-bound guard warns him off. “And a piece of advice, with best intentions: it’s a bad idea to ask after people in this branch. Some of them can be awfully touchy.”

A major subplot in The Tunnel is a botched armed robbery of an armored truck. A man named Jorma, also a former friend of Danny but one who avoided drugs, organizes the armed robbery although he is very reluctant to do so. His is retired, but bored, and his friend Zoran is desperate for money and needs Jorma’s criminal expertise. The middleman, a person who learns of a possible job and passes along the information to the actual doer in exchange for a percentage of the take, assures Jorma and Zoran that the armored truck robbery is trouble free.

It is not. The police ambush the robbers, capture three, and send Jorma and Zoran on the run. Zoran is killed by a man in bulletproof armor and a mask; Zoran is unarmed, so his death is a deliberate murder. Jorma escapes, now certain that the armed robbery was a setup, a deliberate scam; someone tipped off the police, but why? Jorma goes after the middleman, Hillstrom; he will either tell Jorma what he knows or Jorma will kill him . . . slowly.

Another thread to the plot is Eva Westin’s sex addiction. Divorced and denied custody of her two children—she admits she is a distracted and inattentive mother—Eva picks up men for casual sex. Her attraction to her current boss leads to an assignation in his apartment. It is a delightful encounter, but Eva’s snooping when her boss goes to buy breakfast leads to a discovery that reveals to Eva how her poor judgment about men is even worse than she thought.

Danny’s search for Jenny, Jorma’s single-minded search for the reason behind the botched armored truck robbery, and Eva’s ultimate planned fate by her boss are skillfully woven together in a climax that leaves one breathless. Except that climax isn’t the final chapter of a suspenseful novel. The twist that ends the book is unexpected unless one is extraordinarily clever at picking up subtle psychological clues.

The Tunnel by Carl-Johan Vallgren is suspenseful, gritty, well plotted and written, but not a pleasant book to read. The number of foul characters engaged in foul acts would certainly keep Bosch’s demons busy for eternity. It is recommended for those with a preference for ultra-realistic crime fiction.