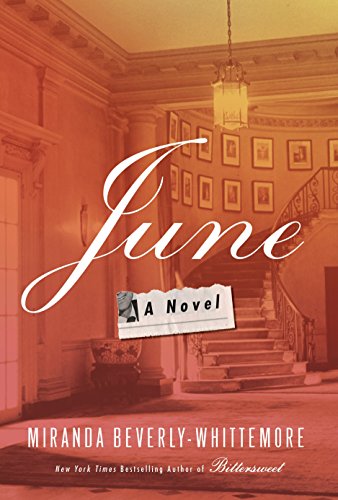 “. . . a powerful story of sacrifice and secrecy and a poignant love surviving over half a century.”

The last person Cassie Danvers expected to find on the porch of the old mansion her grandmother June left her was a man telling her she’d inherited a fortune.

The young man is Nick Emmons, who will become very important to Cassie. At the moment, however, he brings nothing but confusion as he explains that Jack Montgomery, movie heartthrob of another generation, passed away three days before.

Along with his will, Jack left a letter, implying Cassie is his granddaughter. The facts seem to add up. He was in town one summer 59 years before, filming a movie. He met June. When the movie was finished, he went back to Hollywood. Shortly afterward, June married and had a son she named Adelbert, which was Jack’s real name.

“If my DNA is so important to Tate Montgomery, then tell her to come get it herself.”

In a short time, both Jack’s daughters, each famous in her own right, descend with their entourages. Tate offers Cassie a million dollars free and clear if the tests are negative, but Cassie wants more. She wants something no one has thought about, something not monetary but just as substantial in its own way.  She wants the truth.

Moving into the mansion, the sisters and Cassie get more than they bargained for as they learn what really occurred that summer in 1955.

They discover June is a puppet in the hands of her mother and Clyde Danvers, the richest man in town. Her mother is willing to marry her off to gain social status. Clyde merely wants the land June will inherit. An obedient daughter, June goes along with their plans . . . until she meets Jack.

Jack is headstrong and emotional, wanting what he wants immediately and determined to get it in spite of the barriers the studio system, the public, and his so-called fiancée throw into his path. He gives June whatever she asks for, and she admits she loves him, but even when she agrees to marry him, she manages not to be overawed by his celebrity.

“June realized this would always be their problem. He would never stop gilding the world for her. He couldn‘t understand that what makes a rare thing wonderful is just that: it is rare. June’s heart surged at his kind, simple blindness  . . .”

. . . and then, something terrible happens. June is forced to make a choice, and her decision tears the lovers apart . . .

Eventually, all secrets are revealed, and old crimes, old sins, and old loves are washed away in the light of new love and new lives. Bittersweet as it may be, June and Jack have their happy ending, even if the world never knew, as June’s old friend Lindy sums it up to Cassie:

“‘Your grandmother was a patient woman. She believed if she and Jack were meant to have time together on this earth, then they would get it.’”

Alternating between 1955 and 2015, the story unravels as seen through the eyes of June, and those of her granddaughter. It’s a story of a young leading man in a studio-arranged love affair with his leading lady, coming to a small town to make a movie and falling for a girl engaged to someone else . . . of secret meetings . . . violence and denunciation . . . and sacrifice . . .

June is the month in 1955 that changed lives forever. It is also the name of the young woman to whom those things happened, as well as the month in 2015 in which her granddaughter finally uncovers the truth of that long ago summer when a young woman who always did the right thing gave up her own happiness for a friend. In the end a family is torn apart then reunited because of that decision.

Author Beverly-Whittemore’s novel is a powerful story of sacrifice and secrecy and a poignant love surviving over half a century.