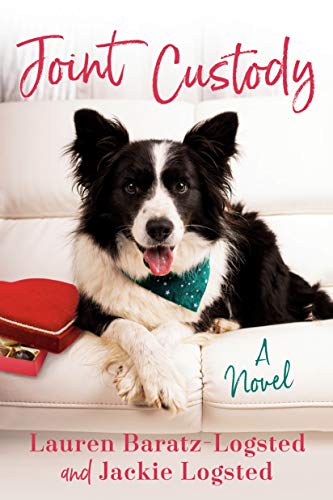 “This is a clever, charming, and very funny novel, and the reader who isn’t laughing out loud by the second page is surely lacking in the sense of humor department.”

Border collie Gatz (short for “Gatsby”) has the perfect life, or at least, it was until recently.  There’s The Man. “It was love at first sight. The minute he walked into the animal rescue shelter, I knew he was the one.”

And The Woman. “Oh, that face! Kind, intelligent, beautiful—she was perfect. I must admit, we were both so stunned by her, we froze where we stood. I realized she was the woman and I think he realized it, too.”

What more would a pup want?

Of course, there are a few ripples of discontent here and there. The Man is a writer, fairly well-known. The Woman is an editor, but not of his books. He’s an introvert, a stay-at-home, relatively shy. The Woman and Gatz are enough company for him.

She’s gregarious, likes to meet people, go out and socialize. She wants The Man to do the same. He’s estranged from his family; her family is as outgoing as she is.

One day, as was eventually bound to happen, The Woman and The Man part company. They no longer love each other, but both still love Gatz, so they share custody: He has Gatz during the week, she takes him on weekends.

The Man sees other women and The Woman sees other men, but this is okay, too, as long as Gatz deems those associations Meaningless, and they don’t involve falling in love. “There are three categories of humans: people who read books, people who write books, and everybody else. When it comes to Meaningless, it doesn’t get any better than that.”

Gatz wants things as they used to be, so he plots to get his People back together.

It does bring The Man and The Woman together at the vet’s, however, at least long enough to be told Gatz will recover. “I screwed up with those Valentine’s Day chocolates. I wasn’t about to make the same mistake twice. Live and learn, I always say, or learn nothing and stay stupid.”

And then, The Woman meets New Man, also a well-known author, and Meaningless flies out the window.

“I stood faithfully by her side, taking in the sight of the preposterously handsome man standing there. I couldn’t stop gawking. Unprepared as I was, he was a lot to take in. He was handsome, like . . . handsome. He almost made me look like chopped liver.”

Gatz will have to come up with a plan that works before New Man becomes a permanent fixture in The Woman’s life, and in doing so, he will also learn a very important lesson about human relationships. “When you love someone, you should want what’s best for them. Not what’s best for them in relation to you.” So now there’s another problem to work on.

This is a clever, charming, and very funny novel, and the reader who isn’t laughing out loud by the second page is surely lacking in the sense of humor department.

Gatz may be a dog but he’s a very erudite one. He can even read. He quotes famous authors, he’s quick with a quip. After all, The Man is a writer and some of it definitely rubbed off.

At one time or another, probably all pet owners have fantasized of the thoughts their dog, cat, hamster is thinking. Gatz puts those thoughts into words for the imaginative human in us, but he not only states it plainly, he put them into action, sometimes to his own detriment.

Told from Gatz’ point-of-view, Joint Custody is a hilarious tale of one dog’s determination to re-unite his People because—of course—he knows what’s best for them, and the results are thought-provoking, touching, and entertaining.

This novel is subtitled The Gatz Chronicles, Book 1, so there is more to come in the story of this canine matchmaker—and they will be welcomed with eagerness and the expectation of more laughter.