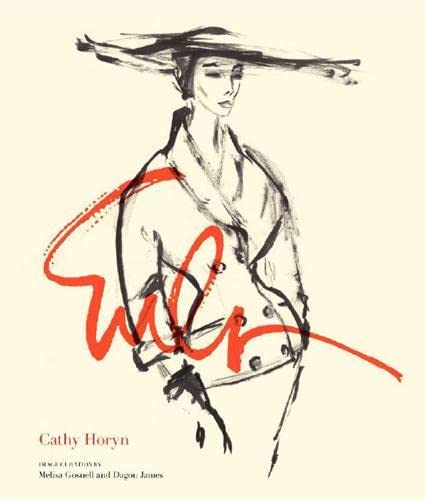 “This book will offer countless readings and hours of enjoyment, delivering much more than just pretty pictures.”

At this time of year, it is more or less expected that there will be a flood of fabulous coffee table editions. Most of these books will be brimming with glorious photographs, but few will contain a veritable tsunami of illustrations by a single artist. Joe Eula: Master of Twentieth-Century Fashion Illustration provides the reader with a tribute to a man who was emblematic of the 70s and 80s and whose career spanned half of a century.

Ms. Horyn has written a wonderful, objective telling of a man’s life who was known as much for his socials skills, or lack thereof, as he was for his extraordinary talents. Kudos to her for telling his story and not hers in relation to the subject—even when their lives intersected. As to the personal and professional aspects of Mr. Eula’s life, several of his intimates were called upon to contribute and they did in the most loving way.

Most readers will only associate his body of work with his time spent as a coworker of Halston, but Joe Eula was far more than just that segment of his life. It might interest the reader to know that Mr. Eula was the creative director at Halston and not just the illustrator of choice. There are so many tidbits and anecdotes that offer such great insights into the man and his philosophies that are told via remembrances involving Diana Vreeland or Yves St Laurent or by his peers.

Having just reviewed a similar book about photographer William Helburn, it would be difficult not draw some very stark comparisons to the two men especially when it came to their careers. The most glaring similarity is that they are surely not as famous as so many of their peers such as Avedon, Penn, Antonio, Vollbracht, or Viramontes. Both Eula and Helburn were incredible and effusive talents that chose freedom to not be tied down to anyone or any employer.

The appeal of this book is steeped in fashion, art, advertising, editorial, and the history of later 20th century fashion. What is unmistakably the common thread is the technique and style that Mr. Eula developed and originated. To say he was a man who believed less is more would be accurate, and to say there is an economy of line would also be an astute observation. What is undeniably and categorically amazing is that Joe Eula captured his subjects without revision and with remarkable acumen in such a minimalistic and yet lush manner.

If you are a fan of fashion illustration, fashion history, or just a fashion aficionado, then rush out and give a gift to yourself or someone similar. This book will offer countless readings and hours of enjoyment, delivering much more than just pretty pictures.