The Job of the Wasp: A Novel 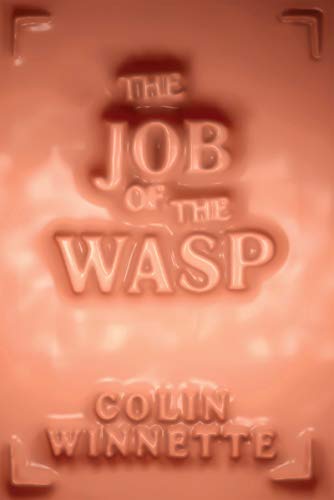 “a story closely reminiscent of a good number of Poe’s short stories . . .”

An unnamed orphan admitted to a home for boys is soon set straight as to his expectations. “This is not a school,” said the Headmaster. “It is a temporary holding facility with mandatory educational elements. You will be held until you are far enough along to take care of yourself.”

He meets the others boys, most of whom are slightly hostile. “I did not sleep well that first night. In the dark, the room felt like a grave.”

Each boy is assigned chores and his is to help weed the garden. It is while doing this that he discovers something sticking out of the soil. A little investigation reveals it to be a human hand. “She was only a few inches under the dirt. Our teacher.”

The boy helping him weed wants to hide her. The narrator wants to tell the Headmaster.  The two argue and the boy strikes his companion who falls, hits his head and dies. Fearful he’ll be blamed for both murders, though killing his friend was an accident, he weighs both bodies and drags them to the river.

In the meantime, another boy disappears.

“‘People are dying,’ I said. ‘The bodies are stacking up.’

‘There’s no such thing as the wandering dead,’ I said. “I need you to focus on what’s happening, not what can be imagined.’”

Levelheadedness doesn’t matter, however, and neither does reality, as the boy discovers his schoolmates believe he’s the ghost, that’s he’s killed those who’ve died. There are only 31 boys at the school, which is 100% capacity, and no one else can be admitted. The boy realizes that the others think anyone else admitted will be the ghost and they’ve been dispatching any extras through the years.

Each year, they’re disappointed when another “ghost” appears, and this time, he’s the unfortunate arrival. As they gather to decide his punishment, they discover the Headmaster dead, apparently a suicide.

The boy tries to reason with them to no avail.

“I am not always as strong as I would like to be. I have a great deal of will but it is fragile. There is some thing that binds humans to one another, however awful we may be in our lesser moments. I could do ask they asked, when they asked it, and we might one day find some common humanity. One that had nothing to do with understanding or rationality, but was based solely on service and collaboration.”

His salvation will rest solely upon the appearance of the ghost.

This is a story closely reminiscent of a good number of Poe’s short stories, with the unnamed narrator, a dank and dismal environment, an antagonist who won’t listen to reason, and a discovery of unexpected horrors within. It ends as most Poe tales do, just at the moment when the story is “getting good” and without explaining what happens to the narrator afterward.

The dialogue is often too adult sound, almost speech-like and declamatory, to be that of children, but it fits well with the storyline and the setting. The surreal elements of the plot will make the reader question whether any of the boys are real or if they are all perhaps phantoms of children long departed but still bound to the school as the ghosts they believe haunt it.

The Job of the Wasp is a chilling tale, underscoring the narrator’s statement that “civilized boys are barbaric.” It’s last horrifying sentence will long linger in the reader’s mind with the wishful addendum that he knew what came after.