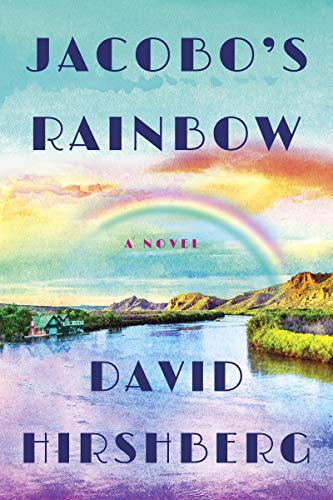 Here’s how Jacobo Toledano describes his isolated hometown of Arroyo Grande, NM, in his college application in 1962: “Until 1960, all of us in Arroyo Grande were ignorant of electricity and automobiles, were unaware of plastic, steel, or homogenization, hadn’t been exposed to vaccines, X-rays, or Freud, weren’t acquainted with Shakespeare or Hemingway, had never listened to Gershwin or Mozart . . . and assumed that England, France, Spain, and Portugal were still the most powerful nations on earth.”

But Jacobo isn’t lying about the ethos of his tiny hometown, which “legally didn’t exist.” When he arrives at the fictitious University of Taos in New Mexico wearing a Navajo shawl “with a scruffy red and blond streaked beard,” he is most assuredly a rube thrown into the cauldron of the sixties’ student protests.

Award-winning author David Hirshberg (the pseudonym of a suburban New York City entrepreneur) combines UC Berkeley’s Free Speech Movement of 1964 with the 1968 student sit-in at Columbia University’s administration building in creating the campus protest that entices Jacobo. Led by Myles Bradford, a charismatic grad student and veteran of the Freedom Summer campaign to register Black voters in the South, a band of students takes over the University of Taos administration building demanding free speech and a ban on ROTC recruitment on university property, among other issues.

One highlight of this engrossing novel (in addition to the charms of Arroyo Grande) is its view inside the rooms of that takeover during the next two days. After the first thrill, the camaraderie begins to splinter.

For instance, Jacobo is troubled by the anti-Semitic phrases Myles increasingly tosses off, but he tries to find excuses. “I wondered if Myles was playing a role for the cops listening in on the line” is the most optimistic surmise.

When a fellow protestor hesitantly questions an aspect of Myles’s strategy, Myles’s girlfriend, Claudia, screams, “Get out!” The protestor “bolted from the room, leaving his jacket slung over his chair, which marked his absence like an X-ray.”

“What ever happened to free speech?” Jacobo thinks, “knowing that I’d be booted out in a similar fashion if I actually asked the question out loud.”

As the tension turns uglier, Jacobo is torn among competing loyalties and identities.

It’s always a little misleading to compare eras: Was the racism of the sixties more overt than today? Was the idealism less jaded? Still, it’s important, if bittersweet, to read a novel that recreates that era, like Jacobo’s Rainbow.