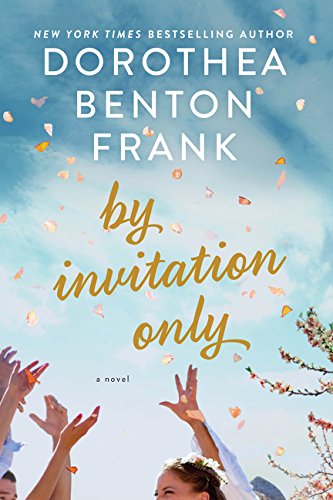 Once again we're back in the slow-paced Low Country of South Carolina. Instead of the locale being the beach, we meet the English family who owns and operates a working farm. Started generations ago, the farm’s claim to fame is not only the abundance of vegetables and fruits they harvest, but their ever delightful peaches to be eaten either whole, as jam, or in the delectable pies they make and sell at their stand.

Diane English-Stiftel shares the rambling old farmhouse with her parents, and her brother Floyd resides in a trailer on the property. Single parent to her son, Frederick, Diane is preparing to celebrate his betrothal to Shelby Cambria, daughter of the wealthy owner of a private equity firm in Chicago.

Fred, a Chicago CPA, fell in love with Shelby at first sight. Now the two families are meeting. This is where the humor begins. Shelby's pretentious and snotty mom, Susan, likens Diane's dress and family home to Little House on the Prairie. She gasps at how the "other half lives," fearing her daughter is making a big mistake.

For the event, Floyd prepares Irma, his favorite sow for a pig-picking feast, and before Susan has time to show her surprise and disgust, she is attracted to Floyd's good looks and charm. Needless to say, her husband, Alejandro spends most of his time on the phone for business meetings, leaving Susan to her daydreams.

Diane's mother, Miss Virnell, is the typical southern momma. She is straight-forward, open, and speaks her mind, but it's easy to grasp she and Diane do not like Susan, "that pretentious little witch!"
Normal for Benton Frank's books, hilarity sneaks in throughout. Imagine "Miss Uppity" (Susan's) shock when Isabella, the cow, makes an appearance at the outdoor fete. She believes Shelby is marrying into a family of hillbillies, yet she knows Shelby loves Fred. Her plan is to give them a very lavish wedding, outdoing any of her contemporaries, even wanting to spend $40,000 on butterflies to be released after the ceremony! How can the two families come to terms when they are so different not just financially?

Thanksgiving arrives and Diane's father suddenly passes away of a heart attack, adding heartache to the chaos of the upcoming nuptials. No one is in the mood to observe the holidays then Susan phones Diane in a tizzy:

"Why, hello, Susan! How are you this morning?"

"Your son is turning my daughter into a socialist, that's what!"

As Susan continues with her tirade, Diane deals with her rudeness, thinking:

"Strangely, I was not as insulted as I probably should have been. The truth is, I knew what she thought of us the first time I met her. She was horrified. And seeing her home in Chicago only underscored my thoughts. Our lives were worlds apart. We had almost zero in common except that our children were in love and about to be married. And it was the children I really cared about."

Diane and Susan share their inner musings throughout separate chapters, and one wonders if the two opposites will ever form a camaraderie if for nothing else but their children. Familial affection is displayed in differing ways, yet is always evident. Toss in an engagement party complete with a clucking chicken and some unpredictable and upsetting events, mix everything together and you end up with an uproarious and heartwarming read.

Benton Frank's characters are both brazen and down-to-earth. As in all her novels, her audience is part of the script, akin to coming home after a long time away and being enveloped in the warmth and loving care of a family. Eccentric, thought-provoking and hilarious, her charming tales envelop the reader into the plot with each and every book she publishes.