The Invisible Guardian: A Novel 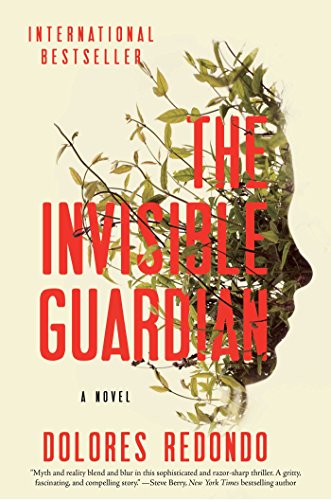 “Fans of thrillers with the hint of the supernatural will enjoy reading . . .”

The Invisible Guardian is set in rural Elizondo, a town in the Basque region of Navarra, where Amaia Salazar investigates a series of murders. Trained by the FBI in Quantico, Amaia is methodical, bordering on obsessive. Because the main clue, which readers will discover immediately in the first pages, is the local pastry called txantxigorri, the identity of the murderer is immediately solvable.

Working among the locals and even with her own assistants, Amaia faces the possibility of a pagan creature brought to life—a creature known as basajuan—and a local witch. (At the back of the book is a glossary offering definitions.) While Amaia struggles to solve the case, she is also dealing with her own personal demons and dysfunctional family, introduced in flashbacks to 1989 and scattered among the chapters. Amaia is more closely tied to the murders of the girls than she would like to admit—beyond being the inspector or being from the town where she has been recalled.

Despite the flaw in knowing the whodunit, The Invisible Guardian is still a thrilling ride. Redondo includes elements of regional mythology and local customs with a blend of Catholicism, touching on the supernatural, which makes for a unique book that is heavily flavored with the Basque region.

Readers looking for a straightforward thriller minus the descriptive settings will be doing a lot of skimming to pick up the main narrative thread. Some chapters are entirely focused on Amaia’s personal relationships and her character development. The point of view shifts between characters, though largely staying with Amaia.

Empathetic readers may wish to avoid this book. The opening paragraph is gruesome in its implicit horror and sexual nature. The book’s theme, in its way by determining the murderer’s motives, will speak loudly to feminists and the current culture of sexual entitlement and victim blaming. It is a shame that after all the many unique threads woven in this web (despite the ease of figuring out the mystery) that Redondo relies on the trope of entitlement and punishment.

The Invisible Guardian is an award-winner and top seller internationally; nonetheless, this book would have benefitted from closer editing and more sensitive translation. The dialogue isn’t quite believable. There are moments when characters have oddly formal speech or the syntax is awkward or phrasing strikes a wrong note. For instance, Amaia refers to the murdered children as “those dead little girls.” The phrase seems like such a careless way to talk about murdered children.

The book contains classic elements of the thriller and procedural drama and is listed as the first of a trilogy. Readers who enjoy X-Files and Stieg Larsson’s books (The Girl with the Dragon Tattoo) will be delighted with this author. Fans of thrillers with the hint of the supernatural will enjoy reading Redondo and will be on the eager lookout for the next in the trilogy.