Invincible: The Chronicles of Nick 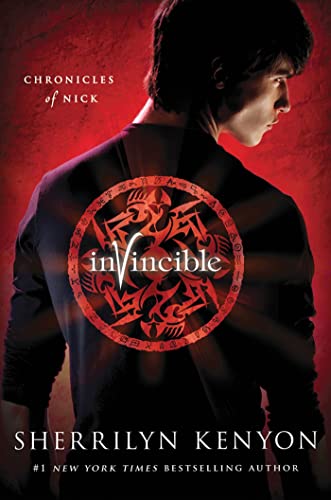 “Both youngsters and adults alike will be thrilled by Nick’s trials and tribulations and how he rises above them.”

“I’m not old enough to cope with this.”

Young Nick Gautier is having a bad day—no, make that a bad life.

This 14 year old doesn’t seem to know anyone not of the supernatural persuasion, except his mother, and even she may be suspect. When she’s not being the most smothering mother in all creation, she’s literally trying to smother Nick.

Nick’s mom is definitely something else. After his boss, Kyrian Hunter (a vampire, no less!) offers them lodging for the night following a zombie attack, Gautier mamère insists Nick sleep with her. That’s questionable in itself. As soon as they are in bed together, she seizes him in an embrace that can only be described as a chokehold. Not the usual behavior of a doting mom.

Once he’s asleep, she remembers something making her so angry she chokes him awake. Time to call Child Protective Services? Nope. Merely an example of the outrageous behavior aimed at Nick.

“He felt like the entire world was caving in. He had a principal dying to send him to jail. A coach out to kill him. A boss who was an immortal vampire slayer. His two best friends were certifiable and a pseudo-girlfriend who’s just told him he was the ultimate bomb that would end the world.”

Nick has developing paranormal powers, and he’s being guarded by a demon who apparently would as soon kill him as protect him. He’s being taught by Death, who definitely would like to bring about his swift demise. His schoolmates are mostly supernaturals. His school has a new principal and coach, the old principal having been eaten by ghouls and the old coach currently in jail for murder. Even his uncle can communicate via telepathy, and he continually warns Nick about trusting the people he considers his closest friends.

Perhaps even his uncle can’t be trusted, since he knows things about Nick he isn’t telling, things that haven’t happened yet, things he shouldn’t have any way of knowing. Who is Uncle Ambrose, anyway, and why does he have a scar on his hand exactly where Nick does?

Things only get better (worse?) when someone starts killing 14 year olds and the new coach blackmails Nick into “borrowing” a list of items from his classmates, those same classmates turning up dead.

Right now, Nick has only one thing keeping him going:

“All of us are a culmination of vital parts of our parents and their pasts. Everything that happens to us, good and bad, leaves a lasting impression on our souls. It’s the day-to-day moments that make us who we are. Who we’re going to be. Look in your heart and you know the answer.’

Nick does, but he isn’t ready to accept that answer. Yet.

After reading the first chapter of InVincible, indeed, even the first paragraph, the reader may swiftly conclude he wouldn’t want to be Nick Gautier even on a good day. Sure, he lives in New Orleans, American melting pot of the supernatural, but this is ridiculous!

This is an entertaining story, sometimes amusing in Nick’s reactions, more often frightening in what the teenager has to face. One thing for certain: The pace doesn’t let up, and the threats keep coming. It’s action-packed and definitely full of thrills and chills. Everyone and everything seems stacked against Nick, and the poor kid can’t seem to get a break. Nevertheless, he does keep trying.

Only downer: the dropped-into-the-story beginning and the cliffhanger ending. It’s obvious this is a series, but there should be some backstory explanation close to the beginning so the ignorant don’t have to  stumble through the story relying on hints picked up here and there as to why Nick’s the way he is and why this makes everyone wants to kill him.

There’s really no resolution to the story, merely a respite. With all that goes on in this volume, a reader who has no previous knowledge of the storyline will have the feeling he’s missed part of the action and he’s leaving before the rest of it begins.

Nevertheless, both youngsters and adults alike will be thrilled by Nick’s trials and tribulations and how he rises above them. They’ll also like the fantastic cast of paranormal characters and will be left with the hope the next novel may bring a slight “surcease from sorrow” for Nick, or at least a day or two without death threats.