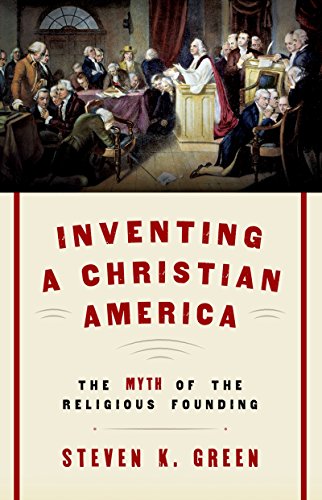 Life can be very complicated, and we often seek answers to questions that may prove unanswerable. Facing the abiding mysteries of life and death may require enormous courage. Alternatively, a universal and simple explanation that relies on pure faith in God’s plan may prove attractive to many. We reach beyond our times to the unknowable future. We reconceptualize the past in order to confirm our choices. Every human faces this challenge as best he or she can.

In seeking definitive answers to modern controversies, there are some who find refuge in the mindset of those who founded our nation more than 200 years ago. They read the founding documents as controlling texts and glean from them the architecture of the nation’s moral undertaking and political boundaries. The official documents they wrote—the Declaration of Independence, the Constitution and the Bill of Rights—still control our polity. Even though those men could not possibly have foreseen the complexities of modern life, “originalists” are content to have them rule us from the grave.

Professor Steven K. Green of Williamette School of Law sets out the evidence for the debate regarding America’s narrative of origin in Inventing a Christian America: The Myth of the Religious Founding, an impressive new text that combines Green’s talents as a constitutional historian and a legal academic.

He demonstrates in a convincing fashion that the prevailing verity that America was founded as a Christian nation is a political myth with unconvincing historical bases. He accomplishes his project with erudition and a breadth of vision that is striking. Green’s research into primary and secondary sources is notable, and it is confirmed with full annotations.

Green’s chapter on religion in the colonies is particularly adept. How can there be a founding leitmotif based on religiosity when religious practice varied so much up and down the Eastern seaboard? Is it the intolerance of the Puritans and Calvinists that should set the norm or the tolerance of settlers of Maryland, Rhode Island, and Pennsylvania? No colony even approached the norm of religious liberty. The self-congratulatory myth of America as a crucible of religious liberty emerged during and long after the Revolution, but only when needed as a founding fable.

American thought at the time of the Revolution owed some debt to New England’s strict religious tradition, but was much more the product of the prevailing political philosophy. The “self-evident” truths arose from natural, not divine, origins. The covenant was political, not religious. The Ten Commandments were nowhere mentioned by the Founders. Religion was part of America from its genesis, but by Revolutionary times, it was secondary in importance. Human nature and reason rather than divine influence would control both the political discourse and the ultimate geopolitical product of the Founders’ work.

Religionists have cherry-picked the historical record to weave the fabric of a Christian America at the founding, ignoring context, political thought, and practical politics along the way. At the same time, extreme secularists ignore a record replete with contemporary religious allusion, and, in the process, leave unexplained the use of religious phrases in some of the founding documents. Both camps would use their histories for political purposes, but neither is the sole source of truth. The revolutionaries used religious rhetoric to achieve their secular goals. As Green points out, they were rational theists—neither Christian churchmen nor deists.

America’s Christian origins have become a fundamental cog in the wheel of modern social and political conservatives. They claim God created America to carry out His holy purposes on earth. Religionists bemoan the fact that the modern Supreme Court has repeatedly embraced a secular-oriented jurisprudence that blasphemed the Lord’s promise to establish America as the new Israel.

They will find little in Green’s work to support their cause because, as he writes, “matters of religious belief and practice were outside the cognizance of government.” The United States of America was founded by men who were moved to action by Enlightenment thinkers, in particular by John Locke, and not by spiritual zealotry. Secular compact theory was dominant rather than the principles of a religious caliphate.

Green’s long chapter reviewing the work of the Founders in creating a “government of men” and not of God parses the founding documents, finding persuasive evidence of their secularity. The Declaration of Independence, for example, used phrases common to the day that would not be read by contemporaries as particularly religious. That is not surprising given the varied nature of religion in the colonies. Opponents of the Constitution aggressively criticized the document because it did not even acknowledge the omnipresence of God.

The myth of the religious founding of the nation arose among the second generation of Americans who needed a prevailing doctrine that distinguished American patriots from the discredited French revolutionaries. They found their convenient answer for American exceptionalism by deifying George Washington and sanctifying all that he touched.

The myth, created by pious historians and clergy, was full-blown by 1830, reflecting the plenary influence of evangelical Christianity. A needed national identity was forged based on religious piety so that their image of the past would parallel their own religious convictions. That myth has carried over to modern conservative religionists.

Green critiques the narrative as reformulated by modern religionists as the product of selective quotation. Once again, evangelical conservatives extol the Founders as sharing their religious perspectives.

This Christian myth has power. It offers a national identity. With God as the source of the nation’s origin and maintenance, there will always be ready answers to the practical problems the country faces as well as answers to the personal uncertainties we all address in our complex lives.

Even as America has grown more heterogeneous, the myth binds the disparate parts together as one. Secularists simply cannot supply the same level of invented comfort.