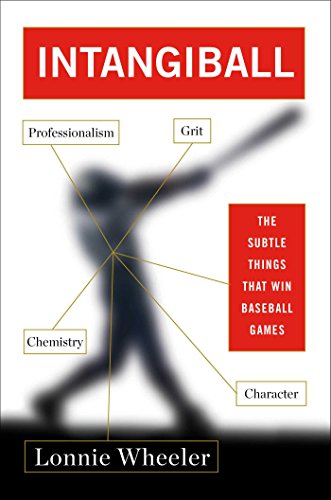 Evaluating talent in any line of work is a difficult challenge. Whether recruiting academics to join a college faculty or selecting a CEO for an online website, there are no easy substitutes for judgment in making selections.

Identifying athletes who will perform with excellence for a Major League Baseball club presents similar challenges. Teams sign numerous talented youngsters to play for their minor league franchises in the hope a few will pan out as professional gold. Only one of 14 will ever make it to the Major Leagues even for “a cup of coffee,” as baseball folks would say.

Since Michael Lewis came out with Moneyball in 2004, baseball management has increasingly relied on pure analytics in selecting, promoting, and ultimately paying athletes large sums to perform for adoring crowds. Free agency allows clubs to make dramatic improvements in their performance, but results have been decidedly mixed. The process is rife with failure because data sets are incomplete and, more importantly, they do not measure those intangibles that predict whether a player will add true value to a team by making other members of the club play better together.

Inspired by the surprising performance of the Cincinnati Reds, long-time sportswriter Lonnie Wheeler set out to identify those player characteristics that produce winning baseball. He recognizes the importance of measureable statistics, especially as they have been expanded by SABRmetrics, the algorithmic study of baseball performance. He even acknowledges the importance of pure luck. But foremost in Wheeler’s analysis is the vital importance of the intangibles a player brings to the game that can turn a talented baseball club into a champion.

Wheeler extols those men in “baseball ops”—the shorthand designation of club management—who will not jettison traditional methods of evaluating talent, even if the effort at determining a player’s “make-up” is a “subjective exercise.” Focusing on the Reds, he describes their transition from a club led by Ken Griffey and Adam Dunn—two superstars who produced runs—to a club with leaders in the clubhouse and on the field. The Reds’ roster was filled with average players who would have benefitted greatly had Griffey and Dunn stepped forward to guide them. Only when the Reds jettisoned Griffey and Dunn were they able to add value to their club. Group dynamics and context would then win ballgames.

According to Wheeler, baseball is wrongly seen as an individual sport. In fact, it is a team sport, and the intangibles glue it together—or break it apart. Obviously, talent is quintessential, but player “makeup” is also critical, combining passion, confidence, and work ethic. Player-to-player inspiration provides the means to succeed. With a critical mass of the right kind of players who share a common mission and expect to win, clubs will triumph.

Wheeler identifies a few extraordinary examples of the kind of players he sees as vital—those who possess what he terms “teamship.” The foremost is Derek Jeter, the role model for intangibles. Joey Votto of the Reds also fits the bill. Conscientious, thorough, diligent, energetic, and proud athletes—they were (and are) extremely talented professionals.

Wheeler’s convincing case of the importance of intangibles falls short exactly at the point where an analytic approach to the game proves successful. How is baseball management to know whether a player possesses those qualities that will produce team-wide improvement? A general manager will know those characteristics if the player comes up from the club’s minor league teams, but even the best scout cannot assess these subjective qualities outside the organization. Wheeler tells the stories of successes, but how many failures go unreported? Analytics are much easier to use—just count things and toss them around in useful formats.

Moreover, baseball’s wage system is propelled by statistics. Players with from three to six years of Major League service are eligible for salary arbitration. Arbitrators are told by the Basic Agreement between the clubs and players association to use player performance as the relevant measure. The neutrals compare players based on batting average, power statistics, earned run averages and strikeouts—but not the intangibles Wheeler prizes. It would take very enlightened club management to pay players more than they could earn through arbitration.

Wheeler uses his splendid sports writing talents throughout this short, but engaging, tale. The endnotes are filled with well-spun narratives. The title of the book, Intangiball, is unfortunate. (Wheeler never once uses the term in his text, but perhaps it was intended by the publisher as the complement to Moneyball.) In addition, his story ends with the 2012 World Series even though the book is published as the 2015 season has reached the home stretch.