Inside Story: A novel 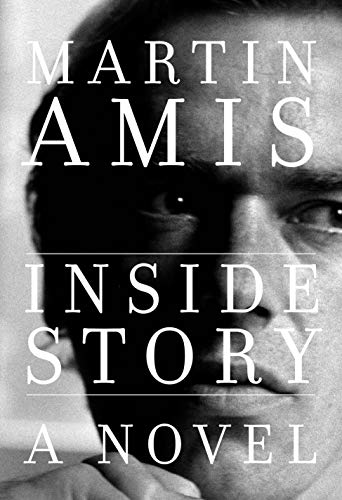 “Flip through the pages and find and remember the parts that will most challenge, inspire, delight. Find your own gems within Inside Story and treasure them.”

Inside Story, Martin Amis’s newest . . . well, it says “A Novel” on the cover of the book, right underneath the title, so let’s go with that, shall we?

Inside Story, Martin Amis’s newest novel, contains a caveat in the first section, Preludial (defined as “an introductory performance, event, or action preceding a more important one; a preliminary or preface,” a quick visit online informs):

“The book is about a life, my own, so it won’t read like a novel—more like a collection of linked short stories, with essayistic detours. Ideally, I’d like Inside Story to be read in fitful bursts, with plenty of skipping and postponing and doubling back—and of course frequent breaks and breathers. My heart goes out to those poor dabs, the professionals (editors and reviewers), who’ll have to read the whole thing straight through, and against the clock.”

Oh, and if there’s confusion about dabs, another quick visit to an online dictionary clarifies that word is not just a verb in certain parts of the world: “chiefly British: a skillful person.”

But if the reward after reading Inside Story straight through, right up against the clock, is the knowledge that going back to read this uniquely remarkable . . . umm . . . book is the knowledge that it is there to be revisited in fitful bursts with the luxury of skipping, postponing, and doubling back, well, then, the sacrifice in the name of literature is worth the first slogging read. Because gems await.

There are photographs and detailed footnotes in Inside Story. It is narrated in the first person, often in the form of a conversation with the reader (“Any minute now, I’ll tell you about a perverse mental period I went through in early middle age.”). And in the third person (“Martin met Phoebe—no, he picked her up, he pulled her—one April afternoon on a side street near Notting Hill Gate.”), with those perspectives changing within chapters. The chapters have titles (“Ethics and Morals,” “The Night of Shame,” “Politics and the Bedroom”) and contain subtitled sections (“Not left wing enough,” “Taking it personally,” “Mortal combat”).

It might be easier to list subjects that are not referenced in Inside Story rather than those that are covered. Antisemitism, cancer, divorce, and Trump appear. Amis explains “the Barry Manilow Law,” which states, regarding “the inexplicable popularity” of someone:

Amis then goes on to add, “As with Barry, so with Donald—but there’s an important difference. The Barry Manilow fans cannot increase my exposure to Barry Manilow, but the Donald Trump fans can certainly make me watch, hear, and otherwise attend to Donald Trump . . .”

Whether or not Kingsley Amis is in fact Martin Amis’s biological father is, as alleged in a letter from an ex-girlfriend Martin receives on September 12, 2001, open to some debate. Inside Story can, on occasion, read like a more literate edition of People magazine.

This is not a criticism.

And Inside Story is certainly much more than that, fun though anything People-magazine-like can be. In addition to advice to writers (“Dialogue should be very sparely punctuated.”), there is charming commentary on classic literature, for example, regarding Austen’s Pride and Prejudice:

“I used to say that Pride and Prejudice has only one serious flaw: the absence of a thirty-page scene involving Mr. and Mrs. Darcy on their wedding night (in which Lizzie is irresistible and Fitzwilliam, too, acquits himself uncommonly well). A futile notion: where would Jane Austen find the language or even the thought patterns of sex?”

If it is tempting to quote and quote again from Inside Story, it is perhaps because of the riches within. Read this—what the hell—novel in fits and starts. Flip through the pages and find and remember the parts that will most challenge, inspire, delight. Find your own gems within Inside Story and treasure them.