The Inn at Rose Harbor 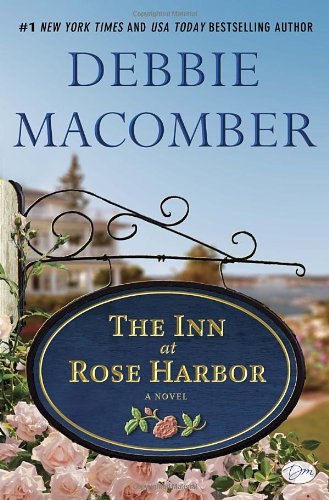 “The Inn at Rose Harbor proves once again why Ms. Macomber’s books are so popular.”

The intense loyalty to Ms. Macomber’s Cedar Cove series was the impetus for her loyal readers to encourage the author to pen another novel set in the same delightful small-town setting, patterned after the author’s home. Not only are some of the previous characters from the original 13 novels reintroduced, but we are also presented with new, heartwarming figures in The Inn at Rose Harbor.

Jo Marie Rose is recently widowed after her husband of less than a year perishes in Afghanistan. Bereft beyond comprehension, she knows she must start her life anew and in a different location.

Once a resident of Seattle, she discovers a bed and breakfast in Cedar Cove, on the other side of the Puget Sound of Seattle. From her initial glimpse of the lovely home situated atop the Kitsap Peninsula, Jo Marie believes this is where she is meant to be. She uses the insurance money she received from husband, Paul’s death, so she purchases the turnkey property and is able to move right in.

Shortly after the sale, Jo Marie welcomes her first guests: Josh Weaver, a young man who grew up in the town, has returned upon hearing of his stepfather’s terminal illness. Always at odds with his stepfather, Josh does not want to see him, but does want to claim some of his deceased mother’s belongings as keepsakes.

The second guest is Abby Kincaid, a 30-year-old woman who also grew up in Cedar Cove. With trepidation, she arrives back in her hometown to attend her older brother’s wedding, though due to a horrendous accident many years prior, she would rather be any place in the world than there.

During the weekend, Jo Marie connects with Josh and Abby, sensing an unrelenting pain in both her guests. Josh’s bitter past with his stepfather has hardened him against the man and caused him to build a wall around himself, letting no one in.

Abby, having endured a ghastly accident that killed her best friend, still carries the guilt and pain 12 years later and does not believe she deserves any happiness in her life.

It almost seems as though fate brought the three young people together to offer each other comfort, support, and healing. Several Cedar Cove residents also play the part of welcoming these lost souls, enveloping them in kindness and acceptance.

The Inn at Rose Harbor proves once again why Ms. Macomber’s books are so popular. The close-knit atmosphere of the town and the uplifting characters invite the reader inside their world to embrace them with love and tenderness while allowing us to feel a part of it all.