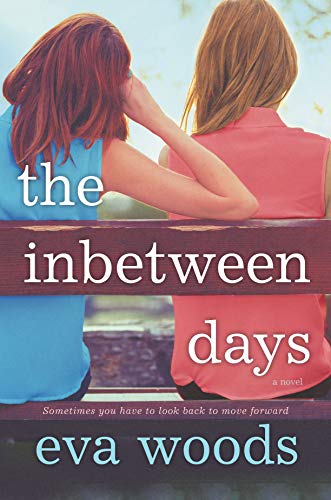 “Well developed with awe-inspiring prose, The Inbetween Days presents reflections on anguish and absolution while offering a poignant and uplifting perspective.”

Thirty-three year old Rosie Cooke is seriously injured after getting hit by a London bus. An accident or did Rosie plan to end her life? Lucky for her, this happened within blocks of the hospital where she is rushed to get immediate care. Rose is in a coma, with life-threatening brain injuries along with a fractured leg and other less severe wounds.

Her sister Daisy and her mum are called and upon their arrival discover Rosie's health is in dire straits. If she does not awaken in three days, they will have to make some grave decisions.

Rosie, trapped in her body, tries to ascertain what happened. Her memories escape her as she struggles to put the pieces together. In horrific pain and hooked up to a ventilator, she is unable to show any signs of life.

"Now someone is tapping her eyelids. How very rude these people were. ‘Rosie? Rosie, can you hear me?'

The doctors recommend her family talk to her, stating it sometimes helps a patient gain consciousness. Alison, Rosie's mother finds difficulty connecting with her, remembering their recent falling out. Daisy, estranged from Rosie, mourns over her condition, deciding she must learn the truth. Had Rosie truly tried to harm herself?

Daisy heads to Rosie's studio apartment, appalled her sister resides in such squalor. She notices a piece of paper with different names on Rosie's table, wondering if they can offer any insight.

Meanwhile, Rosie drifts into what she believes are dreams. Spiritual guides, ghosts, or whatever, come to her. The first to arrive is her grandmother, whom Rosie spots sitting in a nearby chair. They converse about Rosie's injuries, and she explains she cannot remember a thing. Grandma relates some facts of Rosie's life then vanishes.

Throughout Rosie's unconscious state, she is "visited" by Darryl, a man who had been in the next cubicle in the ER after succumbing to a fatal motorcycle crash; her secondary-school drama teacher, Mr. Malcolm, who had high hopes for her becoming a famous actress; her childhood friend Melissa, who moved away at age fourteen. As these specters come to Rosie, she learns they have passed on, and though she questions them as to her fate, they can't give her any answers.

Brought back to her past, Rosie realizes she had not been a nice person. Now surmising she is in Hell she relives these accounts which shame her. She determines to wake up and survive and to right her wrongs with those still living, especially Luke, a man she once loved and lost.

Several lives are changed due to Rosie's current state. The acrimonious divorce between her parents many years ago rears its head as Alison will not let go of the past grief and pain. Daisy, estranged from Rosie, rethinks her present situation concerned she is living a lie.

It's been said when someone is dying their life passes before them; the good, the bad, and the in between. Is this the case with Rosie? Well developed with awe-inspiring prose, The Inbetween Days presents reflections on anguish and absolution while offering a poignant and uplifting perspective.