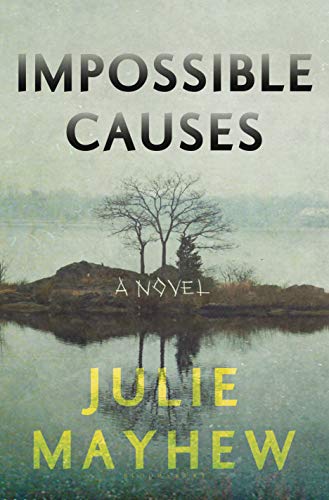 “Hints of magic and the dark atmosphere of an isolated island create a compelling environment for a mystery.”

These words, spoken in a house made quiet by tragedy, sends teenager Viola Kendrick and her mother Deborah off to a strange and isolated, almost forgotten, British isle.

“Deborah Kendrick had risen, like a miracle, from the kitchen table, from the bleary depths of misery. She made immediate enquiries, ones that quickly transformed into plans and certain dates.”

The plans put the two on a boat for three days at sea in the “roiling grey of the North Atlantic.”

The two dock at Lark Island to be officially greeted by the headmaster of the school. He takes them to the old Reunyon Farmstead, where Deborah has been hired to bring life back to the neglected land.

Deborah believes the change of scenery will save her and her daughter from succumbing to their grief.

But the island is full of secrets. The community is religious and insular, and doesn’t receive many new residents. With the red hair of a “coycrock” or outsider, Viola stands apart from the other “Elder Girls,” the seniors of the school. Deborah homeschools Viola, making her even more of an outcast.

At the same time the Kendricks move to the island, the ferry brings another stranger into the fold. Ben Hailey reaches the shores as the only male teacher at St. Rita’s school in several years. Handsome and outgoing, he becomes a favorite of the women on the island. But what is he up to with the Elder Girls?

The island provides a host of other characters. Deeply religious and clinging to the old ways, the people combine with the geography to create a world fighting against change. “The island was a sponge, the sea seeping into the corners of every house.” Just as the history of silence seeps into every household.

Told in multiple points of view, with shifts back and forth through time, Mayhew challenges readers to keep events and characters straight. Voices intermingle, reflecting the communal experiences of the islanders—no one escapes the secrets of the past and if one is exposed, all are exposed.

Once the enveloping fog cuts the island off from the mainland, things begin to go awry. Teenagers toy with pagan ritual. Adults hide vicious behavior. And in the midst of all the clandestine shenanigans, someone ends up dead.

As a psychological thriller, Mayhew provides readers with characters under stress, each with a shifting sense of reality. Hints of magic and the dark atmosphere of an isolated island create a compelling environment for a mystery.

The mystery itself leads back through the history of the island and the islanders, even though the death occurs in the present.

Mayhew’s lyrical language brings another layer to her intricate story. A simple concept, such as teenage boys ogling teenage girls, becomes something more.

“The boys who were old enough appraised these changes with furtive curiosity, as if peering through the glass of an oven door to judge the rising of a cake.”

That magical intersection between child and woman takes on an even greater meaning in the novel. Many of the characters are teenage girls. The teacher, Leah Cedars, is an adult, but her limited life experiences put her emotionally on par with the precocious “Elder Girls.”

Unlike a traditional thriller, this psychological investigation moves at a leisurely pace. Impossible Causes dwells on beautiful language like a literary mystery, while simultaneously crafting a complex web of time, place, and character.